Shrieks are lithe, clawed darkspawn that specialize in ambushing their prey.

Shrieks were originally known as Sharlocks; however, in time the colloquialism they acquired from their screeching cry, "Shriek" came to supplant their original name. Shrieks are feared for their tremendous speed and agility as well as their capacity to stealthily move through enemy ranks. Shrieks serve as the Darkspawn's closest approximation to a traditional Assassin, penetrating well behind enemy lines and tearing their foes apart using the long, jagged blades attached to their forearms. There have even been reports of Shrieks employing a poison mixed from their own tainted blood in their attacks and cunning group tactics when attacking in numbers.

They are the product of elven Broodmothers; hence their pointed ears, agility and physical frailty. 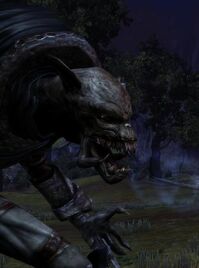 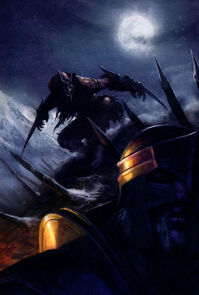 Artwork of a Shriek preparing to strike 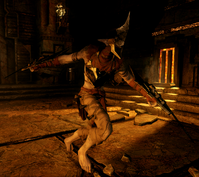 A Shriek in Descent 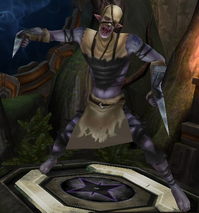