For the specialization in Dragon Age: Origins, see Shadow (Origins).

Shadow rogues employ misdirection and an unassuming façade to waylay their opponents with devastating attacks. As a smuggling hub, Kirkwall has more than a few practitioners of these techniques who will pass down their secrets to those they deem sufficiently skilled.

Shadow is one of the specializations available to the rogue class in Dragon Age II.

When a blade finds its mark despite all precaution, or an arrow kills from out of nowhere, that's the unmistakable work of a Shadow. While certainly capable of standing toe to toe, rogues of this specialization prefer to flank and surprise, taking any and every advantage. Opponents rarely know how their defences have failed, and Shadows have no interest in enlightening them. From the simplest misdirection to the most complex decoy, Shadows rob opponents of certainty, and are never more dangerous than when seemingly face to face with the enemy. To battle a Shadow is to be uncertain that you faced one at all.[1] 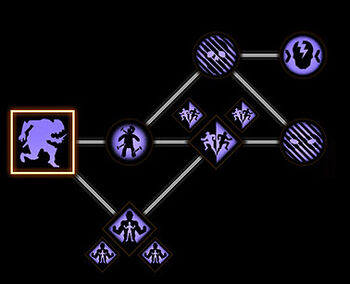 Playing a shadow can be quite difficult, but it might offer you a unique gameplay.

One of the biggest disadvantages of this specialization is the fact that both the Subterfuge and Scoundrel talents offer powerful alternatives. Pure Stealth is actually a Subterfuge talent. And although decoy might sound powerful, enemies tend ignore it quite regularly, as it seems that Hawke's threat isn't transferred to the decoy. Goad might therefore be more reliable.

Another big drawback is that one of the best talents - Pinpoint Precision - is available early on. That means that as soon as Hawke gets access to a second class specialization (at level 14), it might be a sure pick for assassins and duelists as well.

And last but not least, the (often overlooked) benefit of the shadow specialization itself: 3% chance to activate stealth whenever Hawke takes damage isn't that useful on a glass cannon spec (few hitpoints) either.

Nevertheless, there are a few tricks that will make a Shadow quite powerful.

Try to focus on Disorienting Criticals. In other words: Try to be obscured as often and as long as possible. This way, you not only benefit from the additional 50% crit. damage and the defensive benefit of being obscured, you will also disorient your enemies. This can then be exploited by warriors and mages, increasing their damage output, which will make it less likely that enemies focus you.

Another trick: Force your party members to 'hold their position', scout ahead, hit your enemies a few times and place a decoy right next to them. If your party members are still far away, it's more likely that enemies will attack the illusion. You can wait until they destroy it (dealing damage via Rigged Decoy) or use it to center your area-effect talents on it.

Retrieved from "https://dragonage.fandom.com/wiki/Shadow_(Dragon_Age_II)?oldid=858739"
Community content is available under CC-BY-SA unless otherwise noted.