Forgotten Caverns
Bastion of the Pure
The Wellspring

The Sha-Brytol, which in ancient dwarven language means "Revered Defenders"[1], is a group of dwarves, secluded far beneath the Deep Roads.

The Sha-Brytol predate the fall of the Dwarven empire and their only purpose is to protect the Titans, from those they deem "impure". There are no records of this group in the Memories. However, according to Shaper Valta, they are now lost and misguided. These dwarves drink lyrium, the blood of the Titans, and wear armor with lyrium woven into it which causes it to fuse to their flesh.

Valta locates a chamber with several empty suits of Sha-Brytol armor and speculates this must be where the dwarves are sealed into their suits. Valta suspects that her 'lost kin' are still hiding something, the armor must be made somewhere and therefore the Sha-Brytol must have their own thaig somewhere out there.

In their search for the source of mysterious earthquakes, a company led by the Inquisitor and Shaper Valta and Lieutenant Renn of the Legion of the Dead descend past the Deep Roads, and whilst navigating a cave system in the dark, they realize they're not alone; bright blue eyes are watching them despite the near total darkness of the caves. Renn demands the entities to reveal themselves, and is shot with a projectile. The Sha-Brytol reveal themselves, armed with mechanized crossbows and lyrium-infused armor. A fight ensues, and Renn succumbs to his wounds in the battle's aftermath. Valta grieves, but examines the Sha-Brytol, recognizing them as dwarves. The company lays Renn to rest and presses on, finding lyrium carvings in an ancient dwarven language which sheds some light on what these creatures may be.

The company pushes further, meeting heavy Sha-Brytol resistance, until they enter something unprecedented; a massive, verdant green cavern. The Inquisitor and Valta surmise the Sha-Brytol live within the cavern, then spot a massive piece of pure lyrium atop a shrine. Valta credits it as the source of the quakes. The Sha-Brytol attempt to stop their advance, but are slain. Once they reach the shrine however, the lyrium crystal blasts away Valta, incapacitating her, and assembles a guardian to defend itself.

After Valta regains consciousness, she discovers that she obtained a connection to a titan. The Sha-Brytol become very wary of her. Knowing she is connected to the titan and the power it grants her, the Sha-Brytol attempt to offer her a suit of their traditional armor, which she refuses. They watch her and flee from her when she investigates their tower. Valta notes that they both love and fear her due to her new powers and connection to the Titans.

Vestments of the Pure 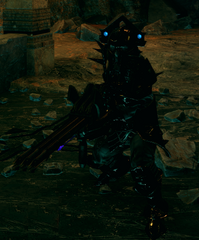 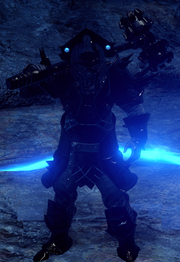 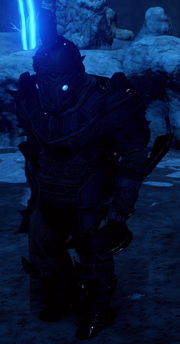 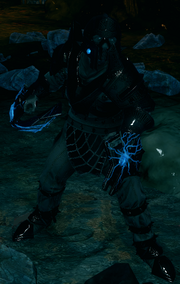 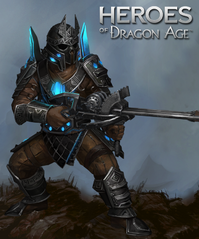 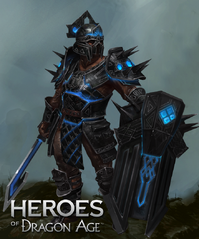 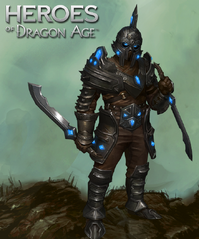 Retrieved from "https://dragonage.fandom.com/wiki/Sha-Brytol?oldid=890019"
Community content is available under CC-BY-SA unless otherwise noted.