All pieces can be acquired from the storage chest in Gamlen Amell's house or Hawke's estate.

Ser Isaac's Armor is a medium armor item set obtained with the Ser Isaac's Armor downloadable content for Dragon Age II. The set was announced on January 20, 2011.[1] Players who purchase Dead Space 2 for the Xbox 360, PlayStation 3 or PC (retail only) can redeem this armor.

The armor set is intended for a rogue, since it requires dexterity and cunning to equip it. It is similar in appearance to the Advanced Suit from Dead Space 2.

The chilling tales of Ser Isaac of Clarke are a favorite of bards performing in the wee hours of the night. In dank taverns throughout Thedas, these horror-filled stories captivate listeners and bring nightmares to those faint of heart.
—From Codex entry: Ser Isaac's Armor

Note: This set of matching armor does not confer any extra bonuses when all pieces are equipped. 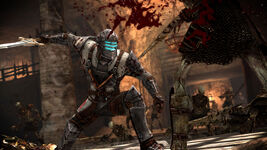 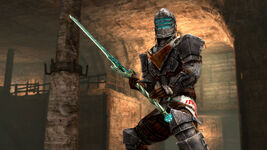 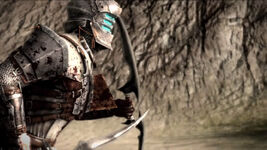 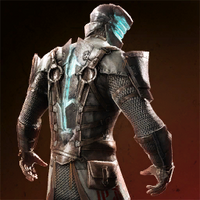 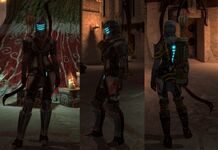