Scraping the Barrel is a quest received from The Blackstone Irregulars Quest board in Lothering or Redcliffe. After recent casualties, the Irregulars need to recruit fresh blood. Seek out three prospective recruits and inform them of their conscription.

All you need to do is speak with each man to recruit him.

Note: Lothering becomes inaccessible once any one of the major plot quests has been completed, leaving you unable to complete this quest if Patter Gritch has not been spoken to before then.
Note: It is possible for Dernal Garrison to be killed during The Attack at Nightfall, leaving you unable to complete this quest.
Note: The same location is used for Grease the Wheels; Baern is found not far from the fifth Hooded Courier. 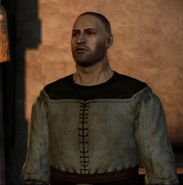 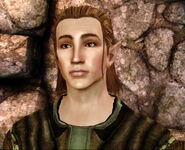 Retrieved from "https://dragonage.fandom.com/wiki/Scraping_the_Barrel?oldid=814625"
Community content is available under CC-BY-SA unless otherwise noted.