For the romance in other games, see Romance (Origins) and Romance (Dragon Age II). 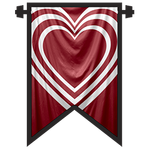 The Inquisitor can flirt with any romanceable (and sometimes non-romanceable) character they wish. A single flirt choice in dialogue does not lock the Inquisitor into a romance unless specifically prompted, so any and all available characters may be flirted with throughout the game, if desired. Blackwall is the exception as flirting with him after moving to Skyhold softlocks his romance. This can be useful as some flirting dialogue options can result in higher approval.

As well as the fully-fledged romance options, The Inquisitor can engage in brief sexual encounters and flirtations throughout the game.

Retrieved from "https://dragonage.fandom.com/wiki/Romance_(Inquisition)?oldid=862138"
Community content is available under CC-BY-SA unless otherwise noted.