For the romance in other games, see Romance (Origins) and Romance (Inquisition). 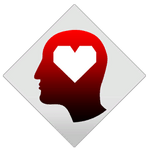 In Dragon Age II, Hawke can pursue a romance with five companions: Isabela, a rogue pirate captain; Merrill, a young Dalish elf; Anders, an apostate mage who was formerly a Grey Warden; Fenris, an elf and former Tevinter slave; and Sebastian, a DLC companion. All love interests, except Sebastian, may be romanced by either gender. No other companions can be romanced.

It is possible to sleep with all romantic companions, except Sebastian, in a single game. Sleeping with any of the companions does not prevent the development of other romances. However asking either Anders or Merrill to move in after sleeping with them will deactivate the romance flags of all other characters, and remove critical flirt lines from their dialogue. Alternatively, if at the end of the cut scene where you sleep with either Anders or Merrill, you choose the breaking heart option to indicate that it was merely a one-night stand, you may continue with other romances. The companion you want to stay with in Act 3 must be the last one you have slept with in Act 2. As Sebastian's romance has the prerequisite of never initiating a flirt option with any companion or NPC, he can never be simultaneously romanced.

Some companions may pursue relationships with each other if not actively romanced by Hawke.