A revenant is a form of undead that is created when a powerful demon, usually that of desire or pride, possesses a corpse. Revenants have access to a few forms of magic, usually of a utilitarian nature, which assists with its primarily-martial fighting style.

An entire unit of men, all slain by one creature. I didn't believe it at first, your Perfection, but it appears that this is so. We have a survivor, and while at first I thought his rantings pure exaggeration... it appears to be no simple skeleton. The descriptions of the creature's abilities were eerily similar to those our brothers at Marnas Pell encountered almost a century ago: men pulled through the air to skewer themselves on the creature's blade, and attacks so quick that it was able to assault multiple opponents at once. No, your Perfection, what we have here is indeed a revenant and nothing less.

Eleven revenants can be found during the campaign, as a part of four separate quests:

The Arl of Redcliffe - a lieutenant-level revenant is encountered in:

Unbound - Gaxkang the Unbound; an elite boss that shifts between a revenant and an arcane horror

It is possible to encounter revenants in Blackmarsh after escaping the Fade. Fade Portals will spawn various undead and demonic enemies, including revenants, though those that are encountered will be elite level and far easier to dispatch than the boss counterparts encountered in Dragon Age: Origins.

Several Warped Watcher revenants are trapped in-between the Veil in Amgarrak Thaig. Only one will be of boss rank, all others encountered will be lieutenant.

Riannon's Floor (only if Hawke sides with Larius during Legacy)

Revenants have five different skills, and like party members, have conditions for their Combat Tactics:

Note: There are two sub-types of Revenants, for the most part they share the same basic statistics; those with variations will hereinafter be referred to as "Alt" below .

Revenants have the following characteristics:

Some of their basic strategies involve:

Signet of the Red

Sigil of the Revenant 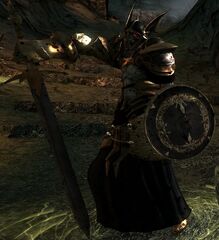 A revenant in Dragon Age II 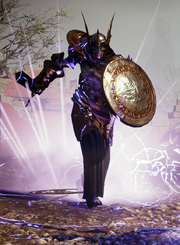 A revenant in Dragon Age: Inquisition 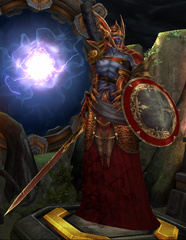 A dark revenant in Heroes of Dragon Age

Tier progression of a Revenant in Heroes of Dragon Age 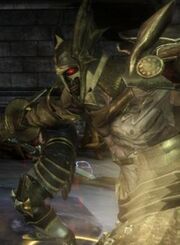 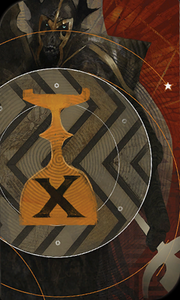