Redcliffe Castle is the seat of the Guerrin family. In the valley below is Redcliffe Village. The castle provides soldiers for the entire Redcliffe region. Redcliffe's coat of arms is a tower atop a red cliff on a white background.

Castle Redcliffe has stood for far longer than the village it protects. Since the days of the Alamarri clans, the castle has guarded the main pass through the Frostback Mountains into Orlais. Redcliffe Castle is the first and last line of defense for the sole land route into Ferelden, and the country has never fallen to any force that did not first take Redcliffe.[1]

It was here that the Avvar hill folk came to strike at the lowlands to the east, and it was this castle that the Orlesian Empire needed to control before conquering Ferelden. That was no easy task, for while the folk of Redcliffe may be simple, they are also proud of their ancient role as Ferelden's protectors from incursion. "There is iron in the hills, as there is in the people" goes the local saying, and no one disbelieves it.

The fortress has endured many sieges. On only three such occasions was it successfully taken—first by Calenhad Theirin,[2] much later by Orlesian nobility, and most recently when restored to the Guerrins in the Fereldan Rebellion. The castle is popularly described as "unassailable" in spite of these three attacks.[1]

Upon the Warden's arrival at Redcliffe, the castle has been taken over by an undead horde which is attacking the village. No matter if they decide to help the village or not, he or she will have to fight through the undead guarding the castle where they will, in the end, find Connor Guerrin possessed by a desire demon.

Later Redcliffe Castle serves as a staging area for troops fighting against the Blight.

The Monarchy offered the rebel mages sanctuary in Ferelden, in the Arling of Redcliffe. The mages gratefully accepted the offer however the Templar host pursued them across the border.

Chaos erupted after the explosion that caused the Breach destroyed the Chantry's peace summit. Eventually Venatori infiltrators persuaded the desperate mages under Fiona that their only hope of survival was to escape to the Tevinter Imperium. One of the Venatori, Magister Gereon Alexius, traveled in time to the rebel mages' most desperate moment and offered the mages citizenship in exchange for ten years indentured servitude. Feeling they had no choice, the mages accepted. Alexius banished Arl Teagan Guerrin and seized Redcliffe Castle as his stronghold.

If the Inquisitor recruits the Mages:
Magister Alexius invites the Herald of Andraste to Redcliffe Castle to negotiate for the southern mages' aid. Secretly he intends to capture the Herald and present them as a trophy to the Venatori's mysterious deity; the Elder One. Inquisition soldiers infiltrate the castle during the negotiation however and kill the Venatori before they can proceed with their plan. In desperation Alexius attempts to use his unique time-distorting magic and kill the Herald, however Dorian Pavus intervenes and the Herald and Dorian are flung forward through time a year into the future.

They discover that Alexius has held on to Redcliffe Castle, turning it into a major Venatori stronghold in southern Thedas and both the Inquisition and Ferelden have failed in their attempts to oust the Venatori from the fortress. Magister Alexius has greatly expanded the Castle's underground chambers and outer fortifications and the castle is now overgrown with Red lyrium deposits. Alexius has also allowed rifts into the Fade to open throughout the Castle, leaving whole sections of the fortress overrun with Demons. Alexius himself has installed a unique and seemingly impenetrable barrier door which blocks access to the throne room, a door that can only be opened with all five of the red lyrium rings held by his most trusted Venatori mages.

The Herald and Dorian, together with their allies, kill Alexius and return to their original time and Magister Alexius is swiftly captured thus preventing Alexius' version of Redcliffe Castle from ever coming to be.

Arlessa Isolde Guerrin
Cassian (only after a particular decision during Nature of the Beast)
Connor Guerrin – son of Isolde and Eamon
Arl Eamon Guerrin
First Enchanter Irving (only if certain choices are made during Broken Circle and Arl of Redcliffe)
Jowan – a mage imprisoned in the dungeon
Ser Perth (enters the Castle as soon as the Gate Lever is activated)
Bann Teagan Guerrin – Bann of Rainsfere, Eamon's younger brother
'Valena – servant to Arlessa Isolde and daughter of Owen the village blacksmith

Lost in the Castle

Warpaint of the Tempest

Alistair's Mother's Amulet for Alistair - found on the desk in Arl Eamon's study.

Lamb Bone for Dog - in a chest.

Botanist's Map of Thedas for the Secret Companion - in a chest.

Small Silver Ring - in a chest.

Stone Dragon Statuette for Alistair - in a chest on the Second Floor.

Silver-Framed Still Life for Sten - in a chest.

Map of Occupied Ferelden for Secret Companion - in a chest (only during the Final Onslaught).

Gate Lever - opens the inner gate, which allows for Ser Perth and his knights to assist with liberating the castle.
Landmark Tree - for Dog, in the courtyard.

Codex entry: The History of the Chantry: Chapter 2 - book in upstairs chantry.

Codex entry: Journal of the Tranquil - book in guest room.

Bleeder of Souls - looted from Hanley.

Circle of Magi Banner - looted from a pyramid shaped chest in the Upper Royal Wing.

Masterwork Wave Blade Schematic - looted from a room in the Upper Royal Wing (east side).

A Prayer to the New God

Studies on the Blight 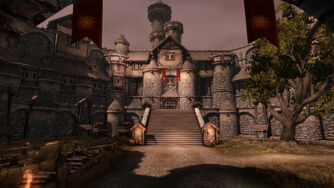 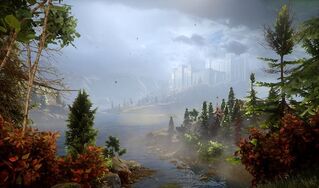 Redcliffe Castle from across Lake Calenhad 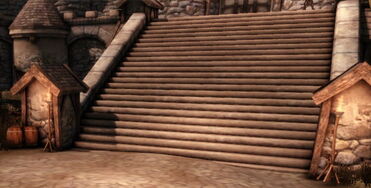 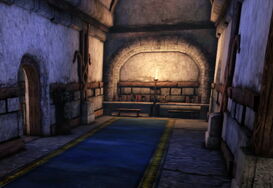 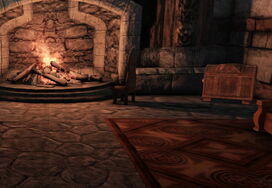 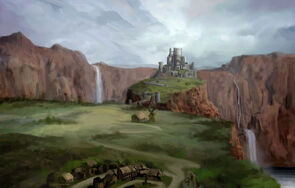 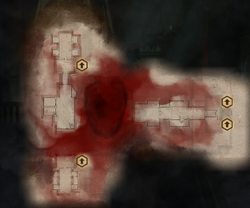 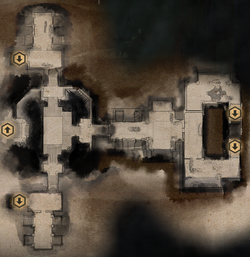 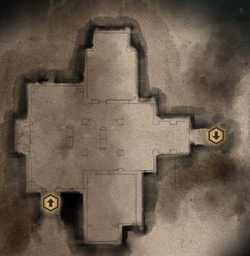 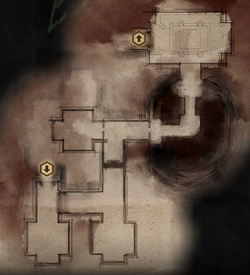 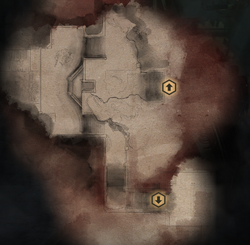 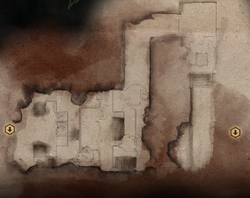 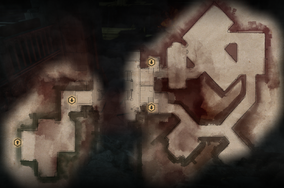 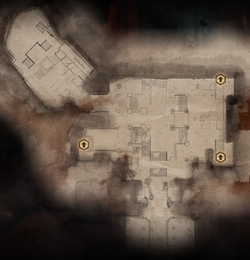