Ogres are the massive, brutish shock troopers of the darkspawn horde. Dwarfing their darkspawn brethren, ogres attack opponents with brute force and monumental strength, acting as living siege weapons. Standing above even the normal ogres are the ogre alphas; these monstrosities are no larger, but are far stronger, and are usually accompanied by shrieks.

They are noted as particularly formidable foes because of their immense strength, speed, and exceptional cruelty. Wardens recommend caution fighting them because they are known to regenerate from non-fatal wounds within minutes. Fortunately, ogres are a rare sight on the surface, with a maximum of a hundred accompanying the darkspawn horde during blights. They are even uncommon in the Deep Roads, where they are sometimes observed hunting alone or in small groups.

Ogres are born from broodmothers who were once female Qunari.[1] Ogres have appeared in previous Blights, prior to the arrival of the Qunari at Par Vollen. This is believed to be the result of a colony of Kossith having settled in the southern Korcari Wilds before having been overrun by the darkspawn, resulting in the creation of the first ogres.[2] 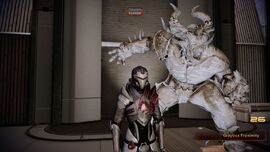 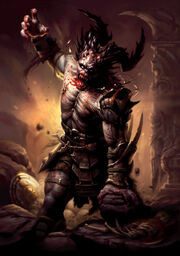 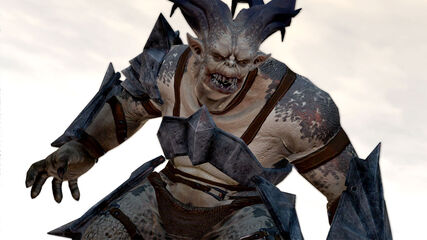 An Ogre from Dragon Age II 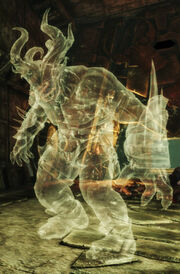 The Dark Theurge in spiritual form as an Ogre Commander 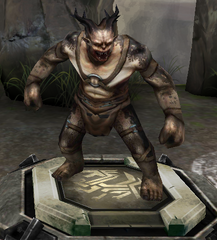 An Ogre in Heroes of Dragon Age 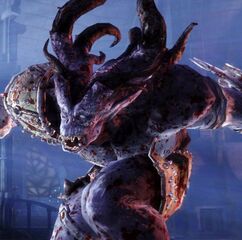 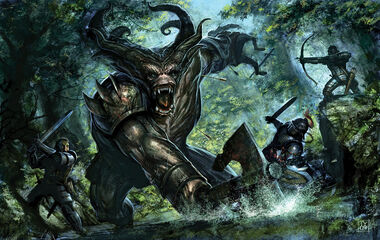 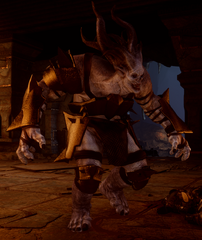 An Ogre in Dragon Age: Inquisition 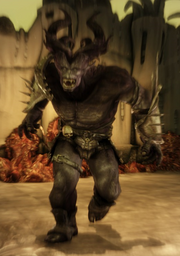