watch 02:39
The Loop (Games)
Do you like this video?
“Did you finally figure out being free and poor in Kirkwall ain't worth a rat's spit?”

Meeran is the leader of the mercenary band known as the Red Iron.

Meeran is involved in the quest The Destruction of Lothering.

Upon arrival at Kirkwall's Gallows, Hawke is presented with two options for employment, one of which is to sign on with Meeran and his Red Iron; the other option is to join Athenril and her smugglers.

If Hawke joins Meeran's group, Meeran tasks Hawke to kill Friedrich, a noble who gave the Red Iron bad information. If Hawke kills Friedrich and joins the Red Iron, Meeran remarks he is impressed with the Fereldan refugee's skill. If Hawke agrees to help Meeran, but then lets Friedrich go instead, then Meeran will attack Hawke in Lowtown at night, saying that he doesn't let anyone who crosses him get this big in this town.

If he hired Hawke, Meeran will occasionally send Hawke letters regarding potential sources of employment.

Meeran is eventually met again in person outside Hanged Man in Lowtown at night, and will offer Hawke the quest Loose Ends.

Hawke is asked to find another Red Iron mercenary, Gustav, and make sure that he completed his errand to kill Lord Harimann. If Harimann is spared and Hawke then reveals this to Meeran, then Meeran and a large number of Red Iron mercenaries will attack Hawke and company the next time they pass the street between Gamlen's House and The Hanged Man in Lowtown at Night. Otherwise if Lord Harimann was killed, then Meeran will reward Hawke and promise further work. 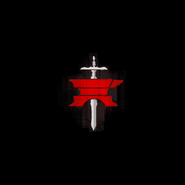 Red Iron Mercenaries - Heraldry
Add a photo to this gallery

Retrieved from "https://dragonage.fandom.com/wiki/Meeran?oldid=810578"
Community content is available under CC-BY-SA unless otherwise noted.