“I served a living god. Bring down your blades and free me from the physical. Glory awaits me.”

Here Lies the Abyss
Sit in Judgment of Livius Erimond

Lord Livius Erimond of Vyrantium is a magister of the Tevinter Imperium and an agent of the Venatori.

Livius introduced Ambrose Forfex to the Venatori. His sister, Felicia, is also a member.[1]

At the behest of Corypheus, Erimond approached Warden-Commander Clarel with the offer of an alliance after every Orlesian Warden began to hear the Calling. Erimond proposed that Tevinter blood sacrifices be used to bind demons to Grey Warden mages, eventually summoning an army to invade the Deep Roads and kill the remaining Old Gods before they wake, thus ending future Blights before they begin. Erimond concealed the fact that engaging in his rituals would also enslave the Wardens to Corypheus, and so, fearing the death of her order, Clarel accepted the magister's offer.

Erimond established a stronghold at an ancient tower in the Western Approach, and is confronted there by the Inquisitor while instructing Grey Warden mages in blood sacrifice. Erimond's attempts to control the Inquisitor through magical manipulation of the Anchor backfire, leading him to flee to Adamant Fortress.

Erimond is pursued by the Inquisition, who lays siege to Adamant, but Erimond persuades Warden-Commander Clarel to initiate the summoning ritual. To Erimond's chagrin, Clarel begins to have second thoughts when the Inquisitor and their allies reveal Erimond's allegiance to Corypheus, leading him to summon Corypheus' dragon to kill the Inquisitor.

Erimond is pursued through the fortress by Clarel, battling her atop the ramparts. Erimond is defeated by her magic but escapes death after the Warden-Commander is mangled by the dragon under Erimond's control. Despite the subsequent collapse of the rampart where he stands, Erimond survives the Siege of Adamant and is brought to Skyhold for judgment.

Though he refuses to recognize the Inquisition's authority, Lord Erimond is dragged before the Inquisitor in chains to face judgement for his crimes, claiming that death at their hands would be a validation and will send him to glory.

If Erimond is imprisoned:
Refusing to grant his wish, the Inquisitor imprisons Erimond in the deepest, darkest cell they can find, claiming that the magister will spend the rest of his days there.

If Erimond is executed:
Seeing his death as the only way to administer justice, the Inquisitor sentences Lord Erimond to death and personally carries out his execution.

If Erimond is made Tranquil:
As a Mage, the Inquisitor can make an example of Erimond by removing his magical talents, thus depriving him of the weapon he had used to commit his crimes.

Erimond reacts with shock and dismay at this judgment, insisting that he would not "lose myself."

Sit in Judgment of Livius Erimond

Erimond: The Blight is not unstoppable or uncontrollable; it is simply a tool.
Varric: Someone's definitely a tool.
Dorian: No, Livius. You're a tool.
Sera: He's a tool. 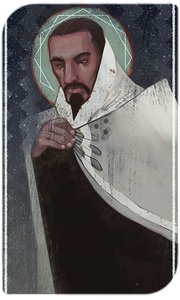 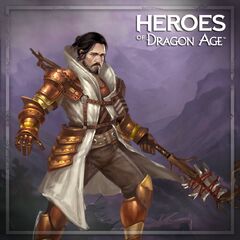 Promotional image of Erimond in Heroes of Dragon Age 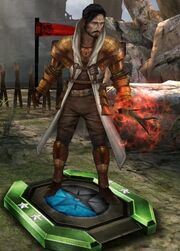