In Leliana's Song, you assume the role of Leliana—a female bard living in a world of political secrets, seduction and murder—in the pivotal telling of her past.

Accompanying her bardmaster Marjolaine on a high-risk mission from Orlais to Denerim, Leliana and her companions and fellow agents Tug, the enigmatic dwarven warrior, and the elven apostate Sketch (as well as the human fence Bonny Lem), are bid to create chaos in the Denerim Market District as well as settle a few debts.

Under the auspices of Orlesian intrigue known to bards and other practitioners as "The Game", the party steals goods from several stalls in the market, attacks the Fereldan Bann Perrin for his disrespect of an Orlesian noble, and kills Jovi Merice for insulting the reputation of many members of Orlais' nobility.

These hijinks have a practical purpose, however, and provide cover for Marjolaine to lead Leliana, Tug and Sketch into the Arl of Denerim's Estate amidst the chaos. There they are surprised to encounter Marjolaine fraternizing with Ferelden Commander Harwen Raleigh as well as elite guards harrying them on their way to Marjolaine's real objective: planting a document bearing Orlesian military seals. Leliana recognizes this as treason but is forced by Marjolaine to escape with her from the palace before they are overrun by guards.

Back in Marjolaine's safehouse, Leliana discusses this revelation with Sketch and Tug, and finally with Marjolaine herself. Persuaded by Leliana's distress and fear for her, Marjolaine agrees to return to the palace and retrieve the document, foiling the mission. That night they return, with difficulty, to make it right.

Once the document is stolen back, Leliana and her companions make with difficulty for their intended meeting place with Marjolaine. However, Sketch and Tug are assailed by guards and Leliana is is betrayed by her bardmaster: stabbed and left to the mercy of Commander Raleigh, who has no love of Orlais.

After days of torture and terrible abuse at the hands of Raleigh's men, Leliana is roused from her cell in the Arl of Denerim's dungeon by a mysterious voice urging her to keep fighting and to let the need of those who cannot fight be her strength. Leliana reluctantly follows this advice, taking the items left for her, and begins searching for her companions.

She finds Sketch, and a Ferelden trapped in the dungeon for poaching named Silas Corthwaite. Unfortunately Leliana is too late to save her friend Tug, who has been slain by the Raleigh's men while attempting to protect Sketch. Taking his weapon, Tug's Edge, Leliana--with a heavy heart--continues on with Silas and Sketch to escape her prison.

There she has many opportunities to free innocents from their own torture, including the city elf Warden's mother, Adaia Tabris [1]. Exhausted and injured, Leliana and her party escape and are taken in at the local Chantry, led by a mysterious Revered mother named Dorothea.

Dorothea informs the grieving and angry Leliana that she had been seduced by Marjolaine and had the document Marjolaine sought to plant stolen from her: a document detailing Orlesian troop movements, information that could foment war between Ferelden and Orlais during a tense time when, as Dorothea says, the two nations are "merely not at war." Feeling guilt for indirectly leading to Leliana's capture and grief at the potential for war, Dorothea aids Leliana in what the latter feels is a quest for revenge.

Dorothea encourages her to "surprise herself," though Leliana is noncommital about her intentions when she finds Marjolaine again. Both agree Raleigh must be punished, however. Together with Sketch and Silas Corthwaite, now a "warrior of conscience" for the Chantry, Leliana travels to a remote location in Ferelden, seeking Marjolaine and Raleigh as the former attempts to flee the country.

After many tense battles and taunting from both Raleigh and her bardmaster, Leliana corners the pair on the Blighted Cliffs. A pitched battle ensues, in which Raleigh is defeated utterly. Leliana then confronts Marjolaine herself who, though foiled, is resolute in her denial of blame, claiming that she struck first before Leliana did: the nature of a bard.

Leliana, her perspective on so many things forcibly altered by her experiences, is grieved by Marjolaine's callous attitude and assertion that they are the same. The conversation ends ambiguously and Leliana returns to the Chantry alone. There, however, she donates alms and pauses, smiling with new confidence, to contemplate a statue of Andraste. Leliana muses that though she does not know how the story ends, all things change when they find purpose.

These quests take place in the Denerim market and must be completed to advance The Game to the second step:

Stealing in the Market

The following items are carried over to a new or existing game when you complete the relevant tasks: For Dragon Age: Origins:

Battledress of the Provocateur - collect all of the Masterwork Leather Pieces.

Battledress of the Provocateur - collect all of the Masterwork Leather Pieces. 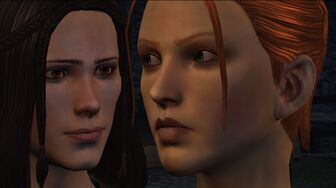 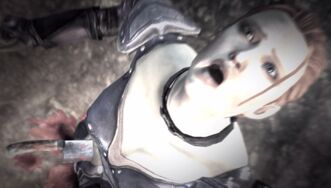 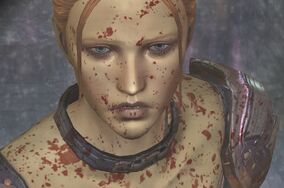