watch 01:52
Dragon Age: Inquisition - Jaws of Hakkon Trailer
Do you like this video?
Play Sound

Jaws of Hakkon is a downloadable content for Dragon Age: Inquisition. Announced on March 23, 2015, it was released first for the PC and Xbox One, due to an exclusivity deal between Microsoft and EA. It was later made available for download on Xbox 360, PlayStation 3, and PlayStation 4 on May 26, 2015.

Enter an overgrown wilderness filled with Avvar, fiercely independent hunters who settled in the southern mountains of Thedas. Explore the culture to uncover what happened to the last Inquisitor and the dragon he pursued. Find an ancient Tevinter fortress that hides a dangerous secret.

This section contains spoilers for:
Dragon Age: Inquisition.
The DLC reflects choices made by the player in the main game. For example, if played post-game, The Inquisitor may mention defeating the Elder One.

A Father's Name (sub-quest of Guests of the Hold)

In Exile (sub-quest of Guests of the Hold)

Up and Away (sub-quest of Guests of the Hold)
Hakkon Wintersbreath may refer to:

On Ameridan's Trail (follows What Yet Lingers)

Where Once We Walked

For a complete list, see [[::Category:Jaws of Hakkon codex entries]]. 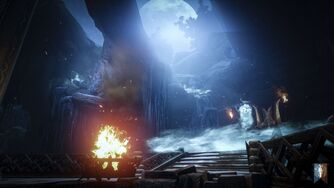 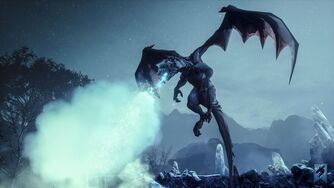 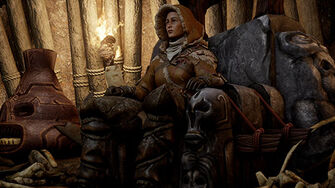 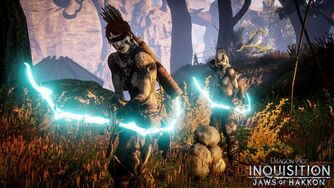 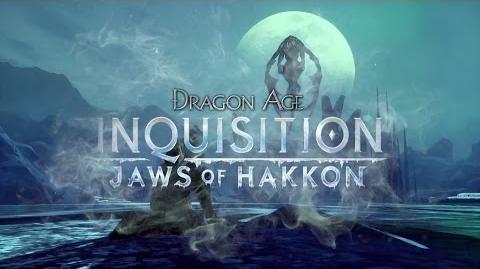 Jaws of Hakkon Trailer - Dragon Age Inquisition
The Cinematic Trailer for Jaws of Hakkon
Retrieved from "https://dragonage.fandom.com/wiki/Jaws_of_Hakkon?oldid=749040"
Community content is available under CC-BY-SA unless otherwise noted.