The first Inquisition was a group of people who, following the First Blight, rose up to defend Thedas from the dangers of magic and heretics. The Inquisition later allied with the Chantry, abandoning its original name and splitting itself into the Seekers of Truth and the Templar Order.[3] In 9:41 Dragon, the Inquisition is reformed, following the cataclysmic event called the Breach.

The Inquisition of old[]

In the years before the founding of the Chantry and the start of the Divine Age, Thedas was plunged into chaos. The First Blight had ended, the Imperium had broken apart following Andraste's March, and despite the spread of the Maker's teachings, blood mages, maleficar, and Old Gods cults were widespread.[3] The Inquisition was formed around -100 Ancient[4], thus predating the Chantry by roughly 90 years[5], with the goal of protecting the people from the "tyranny of magic" in whatever form it might take—blood mages, abominations, cultists or heretics.[6] A loose association of Andrastian hard-liners, the group combed the land in search of these "threats" and some say theirs was a reign of terror.[7] Others say they were cast in a negative light by history because their investigations and even application of justice, protecting both mages and common people impartially, crossed too many powerful groups. In these accounts it is suggested that the group was already known as the Seekers of Truth and that the "Inquisition" moniker was perhaps pejorative.[8]

In 1:20 Divine, the newly founded Chantry found common cause with the Inquisition and they signed the Nevarran Accord.[9] As part of the agreement, the Inquisition became the new martial arm of the Chantry, the Templar Order, and its senior members became known as the Seekers of Truth. Another result was the creation of the Circle of Magi,[9] with the Templars serving as overseers for the Circle.

“As of this moment, I declare the Inquisition reborn. ”―Cassandra Pentaghast

The modern Inquisition, in a fledgling state, begins with the interrogation of Varric Tethras by Seeker Cassandra Pentaghast. [10] The Inquisition's reconstruction is, in fact, a back-up plan by Divine Justinia V in case of a calamity within the Chantry or if her attempt to restore peace between mages and templars failed.[11] Justinia hoped that with enough support, the Inquisition could challenge the very tenets of the Chantry to enforce rights for mages. The Divine's servants searched for a worthy candidate to lead the Inquisition, such as the Hero of Ferelden or the Champion of Kirkwall, but they both had disappeared.

The constellations Visus, known as "the Watchful Eye", and Judex, known as the "Blade of Mercy" or the "Sword of Mercy", are intertwined to form the Inquisition's heraldry.[12] Visus was originally a symbol of the Lady of the Skies. During Andraste's exalted March, Visus was used by her armies to guide their way north and came to be associated with the Maker. The sword was added later, as it is said that the star that marks the point of the blade only appeared in the sky after Andraste's death. The early Inquisition took Visus as their symbol. After the establishment of the Nevarran Accord, which divided the Inquisition into the Templar Order and the Seekers of Truth, the Inquisition's sigil split in two: the Blade of Mercy became the Templars' symbol, while the all-seeing eye became the crest of the Seekers of Truth.

Messages Left at the Outpost 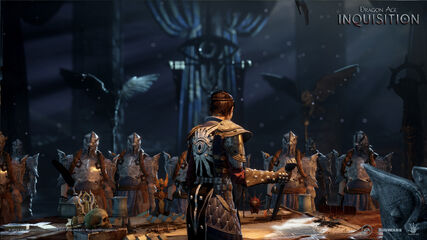 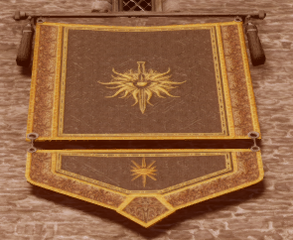 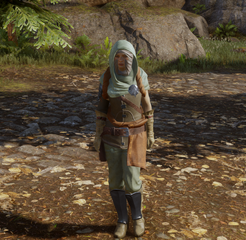 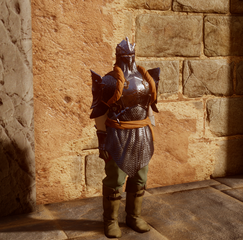 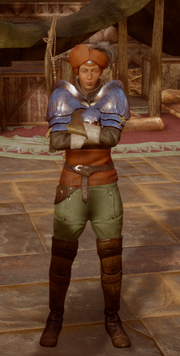 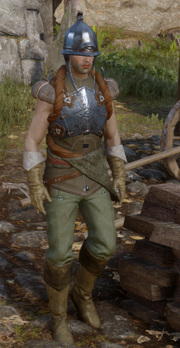 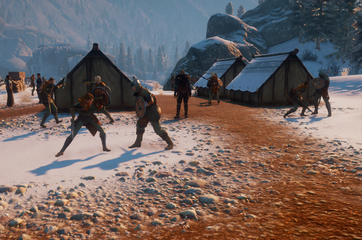 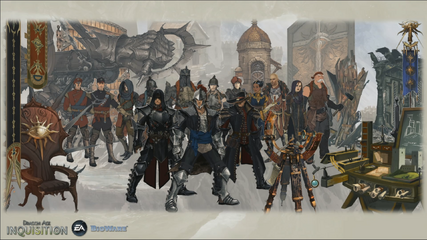