Haven Chantry is the chantry located in the Village of Haven. It is found on a high hill, above the level of the rest of the village.

Unlike mainstream Chantries, the chantry of Haven is run by the Disciples of Andraste. It is led by Father Eirik, who is giving a sermon when the Warden enters. After a brief discussion with Eirik, he attacks the Warden and a fight ensues. Afterward the Warden can find Brother Genitivi behind a secret door. The brick wall can slide away and reveal the hidden area.

This section contains spoilers for:
Dragon Age: Inquisition.
Following the disaster at the Temple of Sacred Ashes, forces loyal to Divine Justinia V used the Haven Chantry as their base of operations. A few days later, the Chantry became the headquarters of the restored Inquisition, founded on Justinia's orders. The Chantry served in this capacity until the Inqusition was successful in sealing the Breach. Shortly thereafter, forces loyal to Corypheus assaulted Haven. When the Elder One revealed his red lyrium dragon, the Inquisition and the people of Haven retreated to the Chantry for shelter, before fleeing using a hidden escape route. The Haven Chantry was likely destroyed along with the rest of the village when the Herald of Andraste triggered a massive avalanche.

Codex entry: Founding of the Chantry 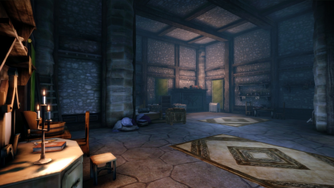 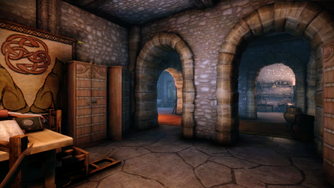 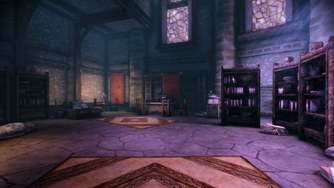