We rode the halla. They leapt with such grace and beauty as to make your horses look like Fereldan dogs by comparison. They were smarter, too. Which often made them willful.

The halla are a type of horned stag. Some of them are herded by the Dalish elves who used them to pull the aravels, or landships. Their milk is also made into cheese and butter.[2] The Dalish do not consider them beasts of burden but noble companions. To get them to accompany a clan, the Dalish elves ask rather than force them to. Alistair remarks that he's heard that the horns of a halla sells for a fortune. It is said that the Dalish carve their antlers for decorative purposes, and that their antlers are particularly prized in the Tevinter Imperium.

No creature is more revered by the Dalish than the halla. No other animal has a god of its own. These white stags are much larger than ordinary deer, and the Dalish halla keepers carve their antlers as they grow, making them curve into intricate designs. In ancient times, these stags bore elven knights into combat, but since the fall of the Dales, they are used less as mounts and more to pull the aravels.[3]

The second thing you must understand about the halla is that you cannot force a halla to do something against her will. I have heard tales of shemlen who come across herds and attempt to capture the halla, using ropes and bridles. Many shemlen have died impaled on horns as a result of this foolishness. Never forget that the halla once bore our knights into battle. The fierce blood of a warrior still runs through her veins and she would sooner fight to the death than demean herself. Like the Dalish, the halla are proud. A halla knows who she is, and will tolerate no being that tells her she is less.

How then do we harness them to the aravels? How do we ride them, or strap our packs to them? Well, how do you get a brother, a sister, or a friend to do you a favor? Simple, isn't it? You ask. If you have a halla's trust, she will give you her blessing. It's striking that humans never think to ask for a halla's friendship. But then, they are shems, and respect nothing.

During Elora's Halla, the Warden can assist in examining a halla believed to be stricken with the werewolf curse. If successfully calmed, it is revealed that the halla isn't afflicted, she's distressed because her mate has been infected.

The halla can be found roaming around the Exalted Plains.

The Inquisitor can assist the Dalish clan on the Exalted Plains by herding Hanal'ghilan, a golden halla, towards the Dalish Encampment—allowing it safe refuge from human soldiers who would kill it solely for its antlers.

Hanal'ghilan - a unique golden halla encountered on the Exalted Plains 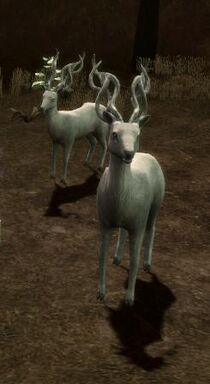 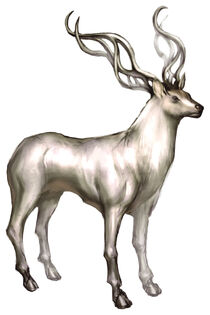 Concept art of a halla 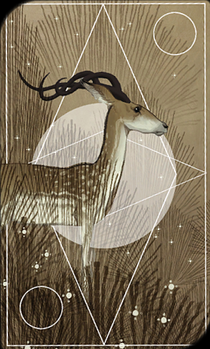 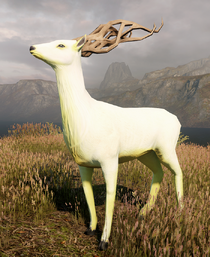 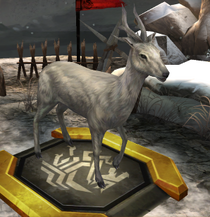 A halla in Heroes of Dragon Age

Retrieved from "https://dragonage.fandom.com/wiki/Halla?oldid=895711"
Community content is available under CC-BY-SA unless otherwise noted.