watch 02:39
The Loop (Games)
Do you like this video?
“There are so many people in the world. I'm not used to the lack of silence.”

Hall is a player-controlled protagonist in the Dragon Age: Inquisition multiplayer.

Hall is a survivor from the Wilds. A Dalish hunter named Fanora rescued him from a bandit raid when he was a child and taught him her skills, despite the protests of her clan. However, because he was human the Dalish sent him away when he could fend for himself. Hall wandered for years never quite finding his place. Seeing the beam of light tearing the sky he followed it and found purpose in the Inquisition.

Though Hall can sometimes be seen on the battlements at Skyhold with two other agents, near where Cullen is stationed, he can't be spoken to. 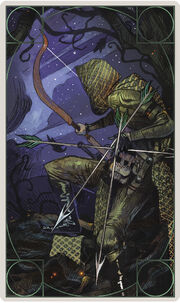 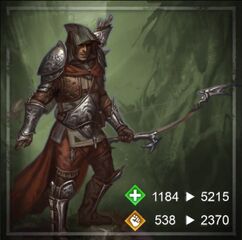 Retrieved from "https://dragonage.fandom.com/wiki/Hall?oldid=890825"
Community content is available under CC-BY-SA unless otherwise noted.