Giant spiders are a large variant of the spider species.

Giant spiders tend to appear in old ruins and other places where the Veil has become thin because of magical disturbances or a great number of deaths. In such places, spirits and demons pass into the world of the living and attempt to take control over living beings, spiders among them. Not all scholars accept this explanation for the presence of these beasts, however. Some claim that the thinning Veil allows magic to "leak" from the Fade, tainting such creatures as these spiders to transform into larger and more potent creatures then they ever would become naturally. While such spiders are known to possess powerful poisons and the ability to fling their webs at opponents in combat, studies of them have been few and the full range of their abilities are unknown.
—From Codex entry: Giant Spider

They typically appear in small numbers, but have been known to gather into larger groups for ambushes. Their primary ability allows them to throw their webbing, causing the victim to become encased and immobilized unless they pass a resistance check. Spiders can also use the Overwhelm ability, wherewith the spider tackles its victim, repeatedly inflicting physical damage and stunning the target for the remainder of the attack.

The party members should support each other whenever spiders arrive. If you end up apart, a spider's web or Overwhelm attack can incapacitate a lone companion. When webbed, the companions who aren't trapped should defend their comrade. Against an Overwhelm attack, everyone else should immediately focus on the charging spider to kill it before it kills your companion.

Both their Web and Overwhelm abilities are quite hard to resist, particularly the latter which keeps the target knocked down and taking serious damage for a few seconds (while additionally vulnerable to damage from other sources). Although Spiders use their abilities relatively rarely and chaotically, they sometimes happen to spontaneously chain them in a nasty way. Two inconspicuous Spiders chaining two Overwhelms in a row with a Web in between can even kill a lower-level warrior in the lower levels, whilst not giving him a split second to do anything at all. Quicksave your game before going against these creepy-crawlies.

A Strange Letter From Lothering 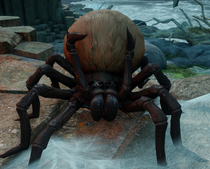 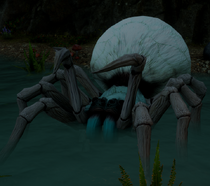 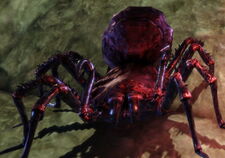