Giants are gargantuan creatures which tower over most living creatures in Thedas at tall heights, and are described as being very much like a "Troll".

Giants are said to be the most common in northern Thedas, more specifically in the Tevinter Imperium, but can be often seen in southern areas such as Orlais and Ferelden.[1] Waterways are a preferred location for these creatures.[1] They are described as being "destructive beasts", with the hunt for food as being their primary motivation.[1]

Giants are omnivorous creatures, as they can be found eating foods ranging from meat, grain, and leaves, but do not seem to be picky when it comes to what they eat as it is noted they will eat nearly anything digestible, no matter the texture or taste.[1]

A demon ally of the Red Templars named Imshael operating out of Suledin Keep oversaw an operation to infect several Giants with Red lyrium, hoping the Red Lyrium would make them easier to control and further increase their already formidable physical strength. Imshael's research apparently met with some measure of success as several Giants corrupted by Red Lyrium can be encountered battling alongside Red Templars. Like other entities corrupted with red lyrium, these Infected Giants have red lyrium crystals growing from their flesh and possess enhanced strength and speed but are totally under the control of the Red Templars. 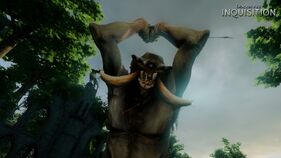 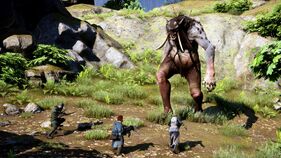 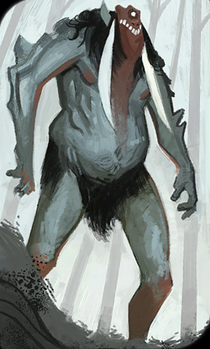 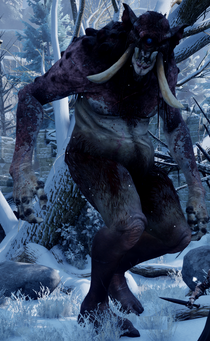 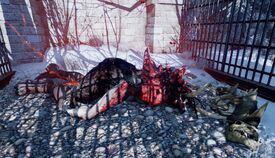 The corpse of a red lyrium Infected Giant 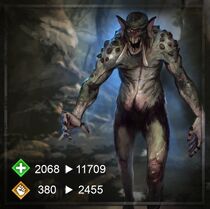 Artwork of a Giant in Heroes of Dragon Age 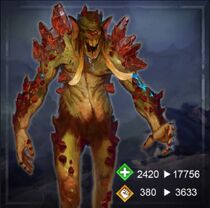 Artwork of an Infected Giant in Heroes of Dragon Age 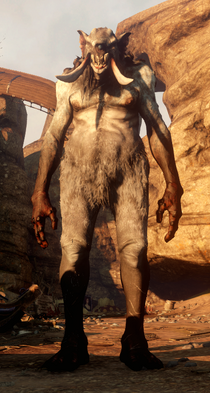 Ice Giant from the Frostback Basin 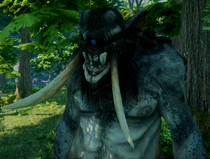 The face of a giant 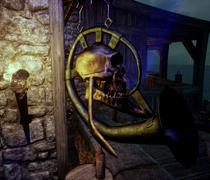 The sign for The Rusted Horn, featuring a giant's skull
Add a photo to this gallery

Retrieved from "https://dragonage.fandom.com/wiki/Giant?oldid=889641"
Community content is available under CC-BY-SA unless otherwise noted.