Genlocks are a stocky, numerous breed of darkspawn. They are bred by broodmothers of dwarven background.[1]

Most numerous of the darkspawn by far, genlocks are tough and stocky fighters with a penchant for wickedly hooked axes. Unlike the majority of their brethren, they are swift to take up the more complicated weapons of their enemies, employing siege engines in battle and using clever traps to defend any terrain they control. Ferelden's Circle of Magi believes that their propensity to mine the Deep Roads for lyrium has given genlocks a resistance to magic, for they’ve been known to shrug off spells in battle with little effect.

Particularly cunning genlock alphas cultivate skill as sorcerers and become emissaries. However, emissaries generally only appear during a Blight. Like all darkspawn casters, genlock emissaries wield blight magic that draws on the taint rather than the Fade, allowing them to bypass the resistance to conventional magic inherited from dwarven broodmothers.

Genlocks tend to be slightly shorter than dwarves with pale white or yellowish skin. They are invariably bald, with deepset eyes and sunken cheeks. Their voices are low and harsh, punctuated by occasional grunts.[2]

Genlock alphas are the strongest, quickest, and most cunning of their kind, bullying their way into the leadership of bands of lesser genlocks. They tend to be taller and more heavily muscled than their brethren, and have a more commanding presence, although their demeanor is more swagger and bluster than cool leadership.[2]

It’s not clear how genlock emissaries are able to cast spells so effectively while armored. Some Grey Warden scholars theorize that the emissaries' magic is similar enough to blood magic (which draws directly on the blood rather than the Fade) that the emissaries can ignore the magic-damping effects of armor by simply pillaging their minions' life force to fuel their spellcasting.[3] 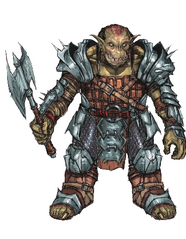 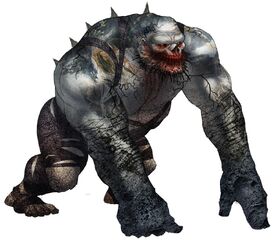 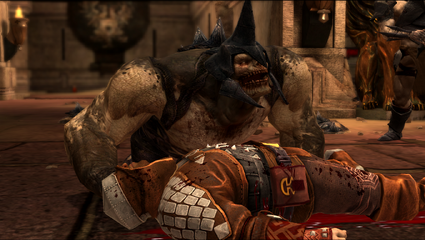 A Genlock as depicted in Dragon Age II 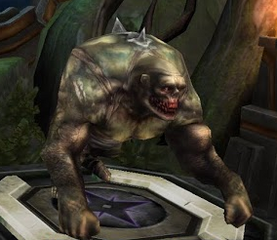 A Genlock Brute in Heroes of Dragon Age 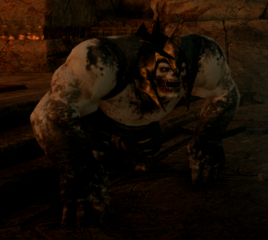 A Genlock as depicted in Dragon Age: Inquisition 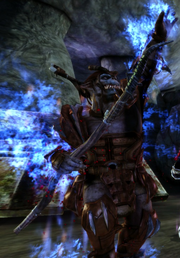 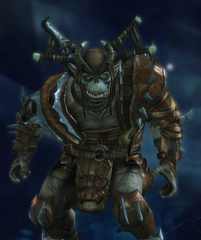 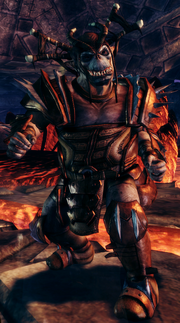 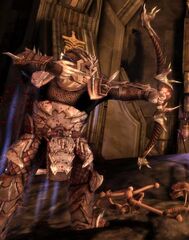 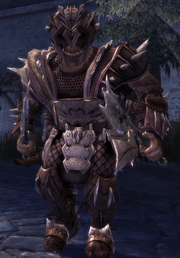