When walking the streets of Kirkwall at night, Hawke is often ambushed by various gangs. These attacks occur at night in the Docks, Hightown, and Lowtown. While some only appear in later acts, it is possible for early gangs to appear all-throughout if you do not defeat them.

There is a set number of groups in any one area, but they will not all appear at once. This requires multiple visits to the area, and when they are all defeated, a side quest becomes available during which you hunt down the gang's leadership. When you have completely eradicated a gang you are able to collect a reward from A Friend. This is not marked on your map or journal as a quest, but is a bonus for cleaning the streets. A Friend only appears at night, in the back room of the Hanged Man. She will continue to give out rewards each time the player clears out a band of thugs in the subsequent side quests.

There are also other gangs whose defeat will not earn a reward from a friend.

Sketchy on the Details[]

During the Act 2 quest Sketchy on the Details, Hawke encounters: 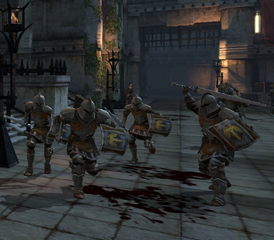 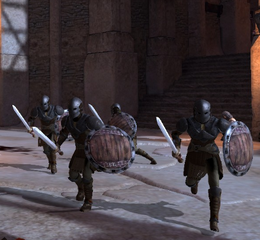 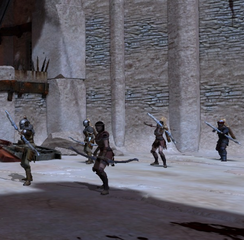 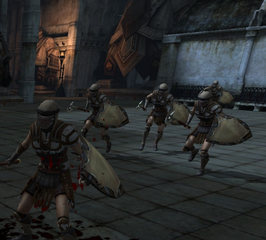 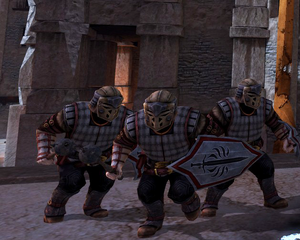 The Followers of She 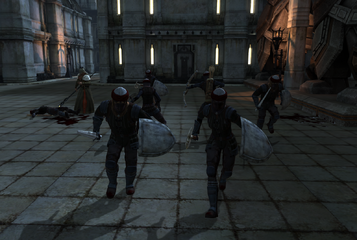 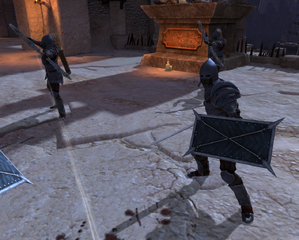 The Reining Men
Community content is available under CC-BY-SA unless otherwise noted.
Advertisement