Visit Discussions
Forums: Index > Wiki Discussion > DA:Helping out
Note: This topic has been unedited for 361 days. It is considered archived - the discussion is over. Do not continue it unless it really needs a response.

I think the wiki can make more steps in order to attract new contributors but also help them find which pages/sections require the most help. However, my suggestion is not exclusive to newcomers; experienced editors will also find it useful.

A page titled "Dragon Age wiki:Helping out" will contain links to pages which require fixing, based on their type. stubs, citations needed, link up required, pictures needed, etc. Under each type, a description of what is needed will be written but also the respective guidelines will also be linked. For example, in the "pictures needed" type, the DA:Image guidelines will be linked. Unresolved or disputed discussions can also be presented in a special paragraph, something which is particularly useful for experienced editors who missed/didn't notice a particular discussion.

When there are active projects running in the wiki, they will also be presented in that page, in a more prominent position. Finally, if there are specific issues with some pages which are not covered in the maintenance categories, they can be listed in the talk page and if they are accepted, they can also be added in the page. For example, there are several talents/spells of DAO which have the exact name in DA2. In this case they should have the (Origins) word added in their page title while the original title to be turn into a disambiguation page which would link to both the Origins and the DA2 versions. This issue can be described and listed in the page too. 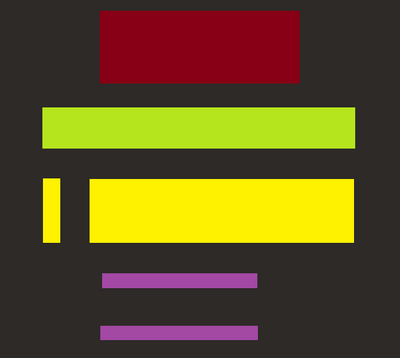 Here is how the proposed page would look like:

That page can be linked in two different places too. In the main page - here. And in Special:WikiActivity - here.

Any responces, ideas and recommendations are welcomed!

Looks like this is something that could be useful. I know I personally had difficulty figuring out the best way to wade into contributing until someone linked me to the Category:Site maintenance page. A page like the one you're suggesting could offer options to people who want to contribute in specific ways. Unresolved forum discussions/proposals regarding site stuff would definitely be helpful as those discussions tend to get pushed off the main page pretty quickly recently. There have been a lot of good proposals (like article layout changes) that haven't reached consensus due to the topic dying without enough input. Kelcat (talk) 19:08, December 16, 2013 (UTC)

It sounds like what you're proposing is very similar to what already exists in the community portal. The community portal is a resource I really would like to better utilize and I think incorporating this proposal with it has a lot of potential. If you're interested in revamping the portal, I would love to see a draft proposal from you.

Well, the community proposal also incorporates various other things. Incorporating this proposal in there, will heavily shift things towards "helping out" but if you are okay with that, then I'll start working on my sandbox.

Sure! As long as we don't lose any content, I have no problems with adding additional material designed to help out new users.

I've worked on Loleil's proposition. Here is what my current version looks like in my sandbox. Any critique or idea is welcomed!

I should also note that for the purpose of showing exactly how this will work, I've taken the liberty and removed the Unresolved category from the hidden categories, as well as created Template:Unimplemented. Should these changes not be accepted, they will obviously be removed from the wiki.

Shameless bump on the thread. I still have some hopes it will receive a bit more attention so it can be finished.

Vik, I reviewed both your sandbox and the community portal. I don't see a significant change between the two. I like that turned the links into descriptions but I don't really see that as a significant change. As it is, I prefer using what we already have. -- tierrie talk contr 08:10, February 10, 2014 (UTC)

The main difference is that the sandbox contains more information and areas to help out (which are useful even to experienced editors) than the original community portal, while at the same time it removes links which have no particular use (such as Category:Templates, long pages, or visiting your own contribution page). That being said, I'd still like to hear suggestions in order to further improve the version in the sandbox!

I like the changes made. I still maintain that the following line, "Before you start contributing, it is recommended to check out our policies and guidelines.", should be changed (especially since it says to be bold to new editors). It has never been the intention for contributors to read the policies and guidelines before contributing (they are meant to be used as a reference though, as in "I reverted your edit as per our guidelines"). I would not make a new editor to read our talk page guidelines (which is very long—I think it's mostly taken from Wikipedia). :P ···

I've made a tweak there.

Retrieved from "https://dragonage.fandom.com/wiki/Forum:DA:Helping_out?oldid=817291"
Community content is available under CC-BY-SA unless otherwise noted.