Florianne de Chalons was the second child born to Grand Duchess Melisande Valmont, and her husband Duke Theodore de Chalons. Thirteen years before Florianne was born her mother had given birth to a son named Gaspard, and from birth Florianne's only purpose in life was to help Gaspard take the throne. Melisande was the youngest of Emperor Judicael Valmont I's four children, and by the time of Florianne's birth she had been passed over for the throne twice in favor of her older brothers. Florianne's father Theodore only cared for drinking, and gambling, and rarely showed affection to either of his children.

Florianne's mother coveted the throne and planned to use her son to achieve it in her place. Melisande began to train Florianne in the game early, to better help Gaspard take the throne. Everyday Melisande would force Florianne to wander the palace gardens for hours, and when Florianne returned in the evening, she would question her to repeat everything she had heard the servants say.

As Florianne grew older, Melisande trained her further and further in the art of the game. Florianne was taught to be her brother's shadow, watching and listening to his surroundings, but never bringing attention to herself.

Gaspard eventually left home to become a chevalier, and at the age of nineteen he returned to the palace having finished his training. Melisande pressured her son to replace her in Emperor Florian's cabinet. Florian initially refused to allow Gaspard to take his mother's place, as he only wanted his siblings to advise him. As Melisande negotiated with her brother to place Gaspard on the cabinet, he used the time off to dote on Florianne.

When the Fereldan rebellion began to gain traction, Florian relented, and allowed Gaspard to take his mother's place on the cabinet. Gaspard decided to bring Florianne along as his page. As Gaspard's assistant, Florianne continued to grow up on the margins of power, always watching but never seen.

After the Council of Heralds awarded the throne to her cousin Celene Valmont, Florianne continued to live in the palace. Florianne served Celene as a respected but low ranking member of both her cabinet, and of the Imperial Court.

Florianne eventually developed a reputation as the least significant member of the imperial family, as she could not match her brother's military prowess or her cousin's aptness for diplomacy. While Florianne had the political clout to be invited anywhere, she was frequently ignored, just as she had been her entire life.[2]

Florianne is responsible for organizing the peace talks between her brother Gaspard and her cousin Empress Celene at the Winter Palace in Halamshiral in the Dales. The Inquisitor has a chance to dance with her and the right dialogue earns court approval. While dancing, Florianne confides in the Inquisitor to search the palace gardens for Gaspard's mercenaries.

Upon arriving at the garden, it turns out that Florianne was in league with Corypheus, believing that the darkspawn magister would give her all of Thedas to rule once he ascends to godhood. She leaves the Venatori to deal with the Inquisitor while she returns to the ballroom to assassinate Celene. However, the Inquisitor survives the ambush by opening the Fade rift in the garden and has the following options to deal with Florianne:

Note: In Dragon Age Keep if the player chooses Celene to be assassinated, then the Keep options about Florianne de Chalons are not locked to her death option but the player may choose to keep her alive. However in-game Florianne's death is inevitable if she kills the Empress.

Whether detained or dead, Florianne or her remains are sent to Skyhold for Judgment.

If she is made jester to the Inquisition she will show up in the throne room randomly in her jester outfit.

If the Inquisitor obtains Nobility Knowledge by the time they judge Florianne, they are able to choose a special dialogue option and recruit her as an Agent of the Inquisition. Doing so unlocks special War Table Operation: Judgment: Playing to Win. 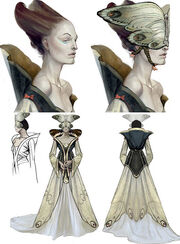 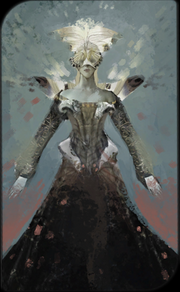 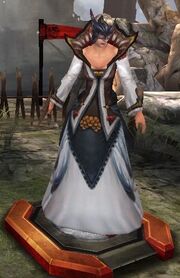 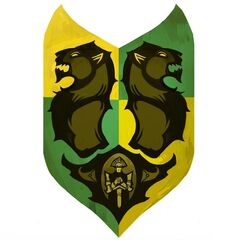 De Chalons Heraldry
Add a photo to this gallery

Retrieved from "https://dragonage.fandom.com/wiki/Florianne_de_Chalons?oldid=890599"
Community content is available under CC-BY-SA unless otherwise noted.