Figor's Imports is a small shop owned by Figor in the western side of the Commons in Orzammar.

The shop can be accessed after Entering Jarvia's Hideout is acquired. If the Warden enters before they deal with Jarvia, they will find Roggar as well as other Carta members, threatening the shopkeeper. It's up to the Warden to deal with them.

The Warden can intimidate Roggar (two points of Coercion are required), pay 10

to Roggar's extortion, or alternatively fight him. If he is fought and killed, Figor will be scared and run for fear of retaliation after a brief conversation with him. If the Warden paid or successfully intimidated Roggar, his shop will remain open.

If Figor's shop is not visited until after Jarvia is dealt with, Figor will normally be in his shop. 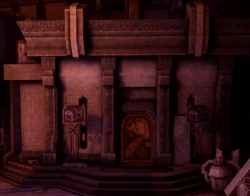 The shop as seen from outside 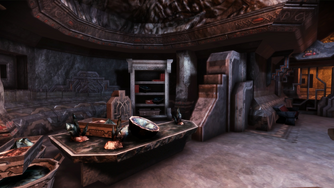 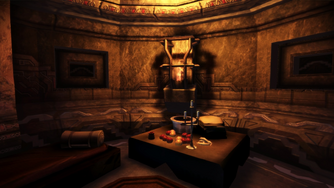 Back room
Add a photo to this gallery
Retrieved from "https://dragonage.fandom.com/wiki/Figor%27s_Imports?oldid=880186"
Community content is available under CC-BY-SA unless otherwise noted.