The Fallow Mire is rainy uncharted marsh located in the southern most part of Ferelden.

The bog here stretches on forever when traveling on the roads, especially at night when the mists become heavy and thick. There's enough good hunting to make the trip worthwhile; fish, birds, even a few harts. One thing to look out for though... when anything dies in the water— The Mire preserves it.[1]

South of the Hinterlands, the land is wet and miserable, subject to seemingly endless storms. Some time before 9:41 Dragon, the village suffered from a terrible plague; killing most whilst driving others away.[2][3] Those that remained finally fled after the arrival of a group of Avvar barbarians lay claim to the nearby keep.[4]

I was watching the sky when I heard screams from the old castle. I went to the gate and saw horned figures in the mist. Tell everyone who hasn't got the plague yet to leave.[4]

The Fallow Mire is a sprawling stretch of isolated marshland in southwestern Ferelden. The muggy, treacherous bog was once home to a small fishing community called Fisher's End, which was wiped out by a plague that swept through a few years ago.

At some point the apostate Widris found her way into the Mire after having fled from a Circle. She began studying the local flora in hopes of finding a way to create a potion that would help her breach the Fade and beyond. She created beacons throughout the bog and hid secret messages in veilfire runes across them.

Meanwhile, the Avvar tribe that recently captured Hargrave Keep also managed to apprehend several Inquisition soldiers. The soldiers are being held captive in hopes of some aggressive negotiations with the newly appointed Inquisitor. The Inquisitor can gain access to the Mire by completing the Rescue Soldiers Missing in Ferelden war table scouting operation in Haven or Skyhold.

Note: The eight regions below make up the Regions in the Mire collection. Discovering all of them grants 200 Influence.

Beacons in the Dark

These Demons Are Clever

Rifts in the Mire

Artifact Requisition in the Mire

Blue Vitriol Survey in the Mire

Elixir Requisition in the Mire

Summer Stone Survey in the Mire

Bear (only at Granite Point)

Dragon Piss - head west from the fourth beacon; take the path that branches to the northwest that leads towards two houses, search inside the second house further up the hill.

Landmarks in the Mire

Found in the Hidden Apostate's Camp where Widris resides; see side quest These Demons Are Clever.

Amulet of Power (Cassandra only) - found in a chest inside the shack, west of the fourth beacon (near the Dragon Piss bottle).

Cleansing Rune Schematic - found in a chest inside a shack on a small peninsula, south of the third beacon.

Gift of the Mountain-Father - looted from the Hand of Korth; see side quest Lost Souls.

Tears of the Dead Recipe - rewarded up completion of the side quest Beneath the Mire.

Wisp Essence - looted from wisps; see side quest Way of the Knight-Enchanter.

Codex entry: The Daughters of Song

Codex entry: The Empty Ones

Codex entry: The Lady of the Skies

Codex entry: Notes on the Stars

Note From a Scout 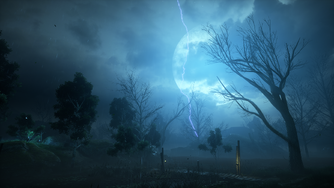 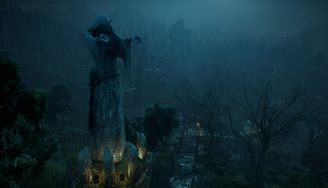 The Lights of Andraste landmark 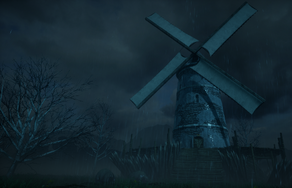