Highlands of the Dales, Orlais

Emprise du Lion is an area located in the Highlands of the Dales.[1] It is a cold and craggy environment dotted with elven ruins.

Emprise du Lion is a snow-covered area formerly occupied by elves. Several ancient elven ruins including a large keep and multiple coliseums are located in the region. There are also multiple hot springs in the area that have attracted dragons to nest in recent years.

“The ancient name of these highlands has long been lost to time. When the first Valmont emperor was crowned in the Exalted Age, the mountains were renamed Emprise du Lion to honor the House of Valmont, which bears a lion upon its crest. Remnants of a forgotten past, mingled delightfully with signs of the present, charming villages dotted the landscape, and scattered among them, relics of the lost elven nation.”―Brother Genitivi[2]

The ancient and the modern co-exist in the highlands of Emprise du Lion, where relics of the lost elven nation are scattered among bustling human villages. These hills are home to the village of Sahrnia, known throughout Orlais for its quarry, which produces azure granite of remarkable quality.

"We arrived in the Highlands at night. I was immediately given the task of overseeing the acquisition and staffing of the Sahrnia quarry. I asked the general why we needed a quarry if the crystals will grow anywhere. Apparently the Elder One believes the composition of the earth here will ensure that it grows more rapidly and abundantly. Some of my men feel we should take the quarry by force. The general did not specify how I was to secure the land, so I am considering a more subtle approach. Any suspicions we raise will increase the chance of a military investigation, perhaps even the newly formed Inquisition. We must operate in secret as long as possible."

Red Templars seize control of Suledin Keep and utilize the stronghold as their newest headquarters while exploiting the nearby quarry. The Keep and the quarry are both being used for the growth and harvest of Red lyrium to supply their forces, helped by the self-proclaimed choice spirit Imshael. People from the nearby town of Sahrnia have been enslaved to mine red lyrium, with the reluctant assistance of the town's leader. Due to reports of red lyrium and Red Templars, the Inquisition opens an investigation into their activity in the region. The Inquisitor can gain access to Emprise du Lion by completing the Liberate Emprise du Lion war table scouting operation in Skyhold.

Note: The 16 regions below make up the Regions in the Emprise collection. Discovering all of them grants 200 Influence.

Take Back the Lion

They Shall Not Pass

Rifts in the Springs

Bloodstone Survey in the Emprise

Brazier Requisition in the Emprise

Coat Requisition in the Emprise

Legacy White Shear - search near the entrance of the locked tower in Sahrnia Quarry.

Abyssal Peach - inside Suledin Keep, head past the cages and the first Giant encounter, search just before the lyrium tents.

Shards in the Emprise

Frost Rune Schematic - found within the cave located at the Sahrnia Quarry; the entrance begins south of the Suledin Keep map marker. The Veilfire torch is located at the end of the cave, the glyph is roughly halfway through, almost directly west of the Suledin Keep map marker just past the loot box on a small ledge.
Note: The illusory wall leading to the Ardent Blossom is located just west of the Veilfire torch; see side quest The Tiniest Cave for specifics.

Amulet of Death Syphon - see side quest Sifting Through Rubble.

Ardent Blossom - found down the endless staircase near Suledin Keep, see side quest The Tiniest Cave.

March of the Everlasting - looted from Imshael; see side quest Call Me Imshael.

Rebuke of the Sunderland - found in Elfsblood Tower.

Staff of the Void - looted from the Hivernal high dragon.

Letters Home (I got him)

Love Beyond the Walls 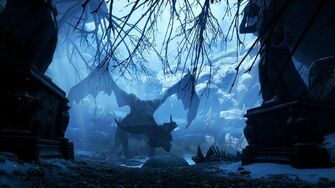 A dragon in the area 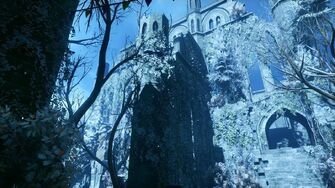 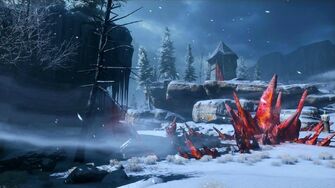 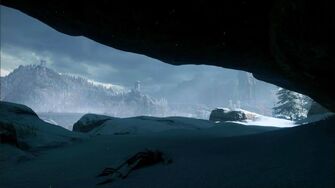 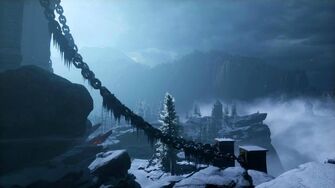 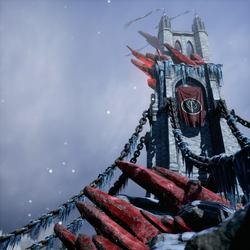 The Tower of Bone, overgrown with red lyrium 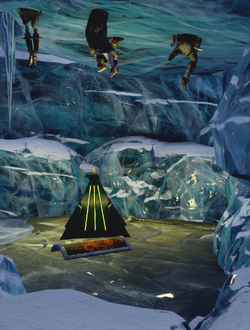 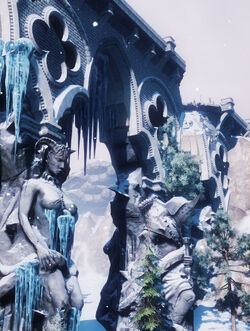 A statue depicting a horned female figure and a Tevinter warrior.