A dreamer (Tevene: somniari),[1] is a mage capable of entering the Fade at will, without the aid of lyrium or blood magic.

The word is also used to refer to any sleeping or lost person's presence in the Fade.[2]

A talented dreamer can shape the Fade and affect the dreams of sleeping people, killing or driving them mad. Some such as Solas, can dream in forgotten ruins to uncover secrets long forgotten by witnessing spirits re-enact the history of a place. Admittedly though, the account of the dream may be biased depending on whose perspective the spirit chooses to emulate. However, dreamers attract demons and most prove too frail of mind to survive a demonic possession. As a result, dreamers are rare.[3] The very presence of demons is painful to dreamers, as they are particularly sensitive to them.[4]

Dreamers may use special dried herbs to help them enter the Fade. Strangely, these herbs smell fresh to the mage once they have entered the Fade. There are also herbs that can preclude sleep and block one from the Fade itself, if necessary.[5]

Mihris tells that sacred herbs were thrown onto an "eternal fire" for the smoke to guide elven dreamers to the Beyond,[6] but Felassan finds her notions "overly romantic".

During the time of Elvhenan, a dreamer elf who had perfected themselves no longer required the potion of water, honey and herbs used to keep mages alive during uthenera (this was determined by brushing the potion on the lips at the full moon and determining at the new moon if it had been absorbed or not). If no scent of the potion were detected later, such an elf no longer required outside sustenance.

Such elves were moved into beds of pure white, signifying their achievement. They may have resided at the top of ancient elven society, causing resentment amongst elven servants that led to murder during the waning days of Arlathan.[7]

After arrival of humans[]

There are stories of ancient Tevinter magisters who were able fend off rivals by haunting or killing them in their dreams. Adralla, the mage who invented the litany, is also known to have found a defense against dreamers.[10]

It is said that the First Blight and the birth of darkspawn crippled the Dreamers: for the first time in thousands of years, they could no longer hear the voices of their gods. Over the next hundred years, fewer and fewer mages with the Dreamers' abilities were found in Tevinter. Attempts to breed the ability proved futile, and the resultant mages proved weak of power and frail of mind. Some believe that true Dreamers could still be found in Dalish clans, though they were few and far between even there.[11]

By the time of the Dragon Age the talent was thought to have been extinct for two ages before reappearing with Feynriel, an elf-blooded from Kirkwall.[3] It appears that there are still dreamers in the Tevinter Imperium, like the magister Aurelian Titus.[12]

Codex entry: The Litany of Adralla 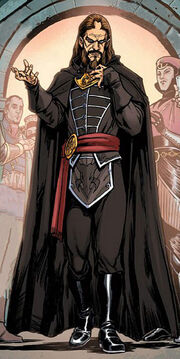 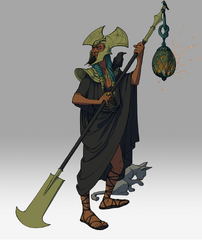 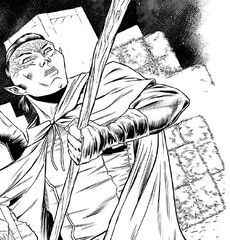 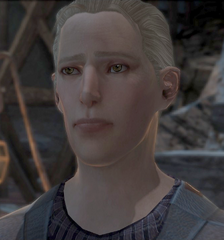 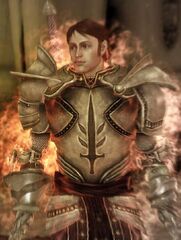 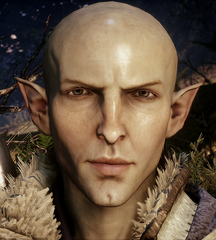