Dragon Age Legends was a flash based Facebook and Google+ game set in the Dragon Age universe and was later available as a single-player downloadable game. It is the successor to Dragon Age Journeys and is the tie-in to Dragon Age II. The story follows the protagonist, a trusted ally of Ravi, the current Viscount of Kaiten, as he sets out to discover the mysterious set of circumstances around Ravi's son, Eiton.[1]

As of 2018 the game can be downloaded through web archive. The installation file has a signature validation error which can be fixed by setting your system date to any date prior to October 30, 2017.

The former Viscount Khedra spent most of his life as a venerated ruler, celebrated for his wisdom. Late in life, he started to change, beginning with the construction of a great coliseum where nobles' chosen champions competed for pride and glory. What began as games of entertainment quickly devolved into great spectacles of carnage punctuated by outlandish pageantry. The lesser nobles of Kaiten no longer settled their disputes in court, instead grievances big and small were decided by sword for the pleasure of an increasingly bloodthirsty populace.

The Viscount's nephew, Ravi, and his allies discovered the source of Khedra's odd behavior: Khedra was possessed by a powerful Pride demon and was now an abomination. These heroes were able to defeat the demon in a fearsome confrontation, and mysteriously, you were there to aid them.

Now, Ravi is the Viscount of Kaiten and you are one of his most trusted allies. When a mysterious set of circumstances begin to form around his son Eiton, you are the only one he trusts to save his son.[1]

When Dragon Age II was released, a set of promotional items were made available to players of Legends. If you purchased and played Dragon Age II and logged on to the website, you were upgraded to the "Dragon Age: Legends BioWare Signature Pack" upon next log in. The pack unlocked Hawke as a companion for Dragon Age Legends in addition to several in-game items for the game.[4]

The unlockable items were only available in the online version of Dragon Age Legends. They were not applicable to the single-player downloadable game.

Dura's Blue Flame – Released to all Dragon Age Legends players (current and future) on 25 March 2011 for Ryanth's birthday and the game having 100,000 Facebook "fans".

In December 2012, all of these items became available to players of Dragon Age II who have a BioWare Social Network account. Dragon Age Promotional Items Giveaway.

Dragon Age Legends Remix is a game available from IGN and New Grounds. You can play this for some backstory and items for the main game. 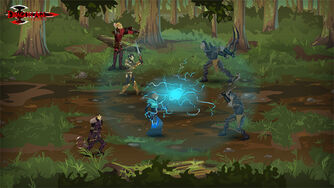 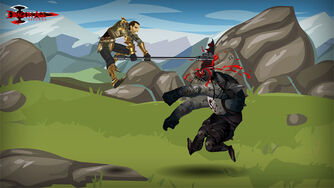 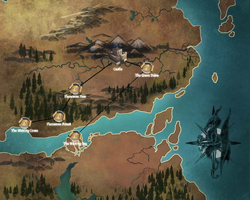 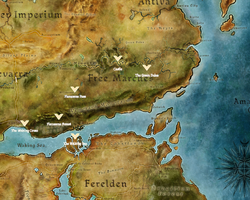