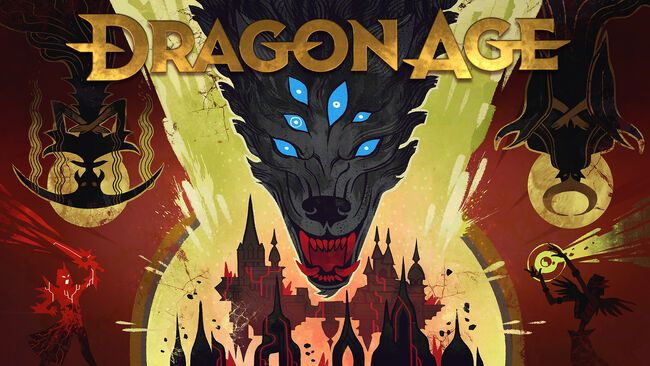 "So... you've found me at last. I suspect you have questions."—The Dread Wolf

Single-player
The Dread Wolf Rises is the current working title[confirmation needed] of the fourth installment of the Dragon Age video game series.

The 2018 Game Awards teaser trailer was released on December 6, 2018. Most of the video shows a close-up view of the lyrium idol, a dwarven artifact uncovered by the Champion of Kirkwall during the events of Dragon Age II. The image shown at the end of the trailer depicts the idol in the center, an unnamed character to the left, and what is likely a wolf to the right. The idol is surrounded by seven circles, two of which have not been greyed out, and the ground appears to be on fire.

This section contains spoilers for:
Trespasser.
At the end of the trailer, Solas's voice can be heard, saying, "So... you've found me at last. I suspect you have questions," echoing his remarks at the end of Trespasser.[1]

An April 9, 2019 article by Jason Schreier of Kotaku stated that the game was originally intended to be a heist-heavy, smaller-scope adventure revolving around a group of spies in the Tevinter Imperium. Players would have the opportunity to influence other characters, enjoy a rich companion roster, and watch the land and scenario change over time with their choices and--potentially, with multiplayer--the choices of thousands of other players. However, in February 2021 it was confirmed that the game will be exclusively single-player.[4] There was no mention of the Inquisition in the Kotaku summary, and the protagonist was clearly not the Inquisitor.

The project was at some point referred to as "Joplin." The working title changed after much of Bioware's staff were routed from the project to work on the poorly-received Mass Effect: Andromeda and, later, the critically panned Anthem. The project was then rebooted, and named "Morrison." It is unclear how much of the Joplin's vision of Dragon Age 4 will figure into the Morrison vision of Dragon Age 4, and how much the troubled reception of Anthem as well as growing controversy over "crunch" development may affect release and production, in conjunction with Anthem’s code being reused to make the game.[5]

In a company earnings call, EA CFO Blake Jorgensen stated that the game would probably be released post-fiscal year 2022.[6]

In July 2020, Mark Darrah reiterated that BioWare was continuing to work on the game, but that progress had been slow due to the amount of staff required to work from home (due to the Covid pandemic).[7]

The game starts at some point following the events of Dragon Age: Inquisition, particularly those of Trespasser. The location has been confirmed to be Tevinter Imperium[8].

During the events of Dragon Age: Deception #3, an elven servant named Gaius is revealed to be impersonating a Magister in Ventus while reporting to Solas. He reveals that a "weapon imbued with red lyrium" stolen from Kirkwall has been traded away for information. According to writer Nunzio De Filippis this was not something Solas would have approved of.[9]

According to the 2020 Game Awards trailer, the hero of the fourth Dragon Age game will be one their enemies "will never see coming." Narrator Brian Bloom as Varric Tethras confirms the hero will not be a figure of prophecy or a hero with a "magic hand," but a new hero set to take on Tevinter, darkspawn and even the Dread Wolf.[10]

These are characters confirmed to appear in the game so far: 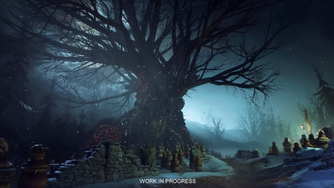 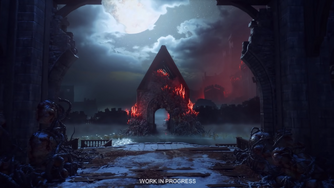 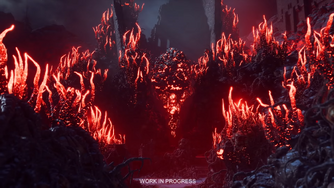 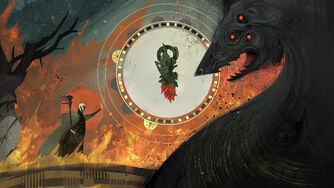 "An old friend with a shadowy threat." 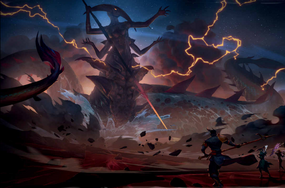 "The Evil Gods have Thedas in their sight and only heroes can stop them."

"From their Necropolis, the Mourn Watch guard Thedas from occult threats." 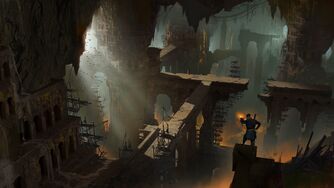 "The Deep Roads teem with evils both new and old, known and unknowable." 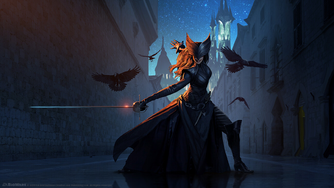 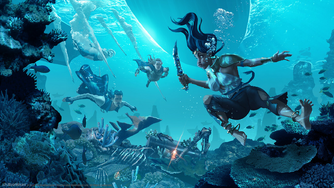 "Where there's treasure, there's adventurers braving death to get it." 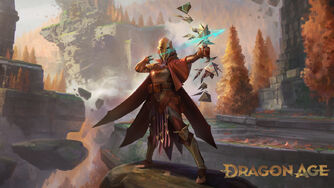 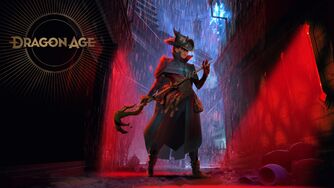 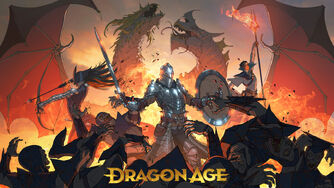