Start a Wiki
watch 01:52
Dragon Age: Origins - E3 Trailer
Do you like this video?

"Men and women from every race; warriors and mages, barbarians and kings... the Grey Wardens sacrificed everything to stem the tide of darkness... and prevailed."
—Duncan, Warden-Commander of the Grey Wardens in Ferelden

Dragon Age: Origins (previously known as Dragon Age) is a single-player third-person high-fantasy role-playing game developed by BioWare. The game was released on PC, Xbox 360 and PlayStation 3 on November 3, 2009 in North America, November 5, 2009 in Australia, and November 6, 2009 in Europe. A digital download version for the Mac was also released on December 21, 2009.

An expansion pack called Dragon Age: Origins – Awakening was released in March 2010 for all platforms. In 2011, a sequel, Dragon Age II, was released on March 8th and 11th in North America and Europe, respectively.

The player character—"the Warden"—is a new Grey Warden recruit within the realm of Ferelden, and begins their journey to halt the inevitable Fifth Blight as one of the six origin stories. The origin chosen determines who the Warden is prior to the main events of the game's story. By the same measure, it also affects how NPCs (party and non-party) will react to the Warden. Elves, for example, are often viewed as second-class citizens. Facing unexpected betrayal at the hands of those who were supposed to be Ferelden's greatest defenders, the Warden must now utilize the old Grey Warden treaties to gather unlikely allies and build an army to face the Archdemon, an Old God manifested in the form of a powerful and terrifying dragon, now tainted by the darkspawn and risen from its prison beneath the surface to unleash the Blight in the turbulent history of Thedas. The Warden will also gather companions along the way who will support them on this onerous task. As one of the last Grey Wardens remaining within Ferelden, their actions over the course of one year—both indirectly and directly—will decide which factions align with the warden to halt the advance of the Archdemon and its darkspawn hordes, the fate of the world, as well as the fate of those met on your journey. 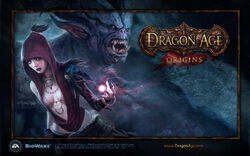 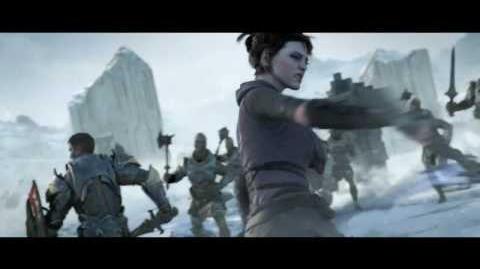 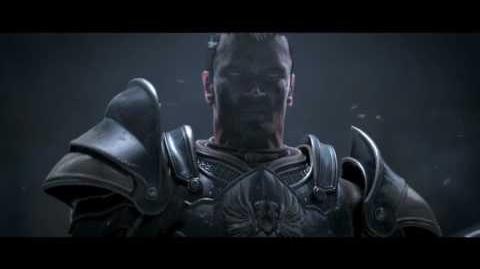 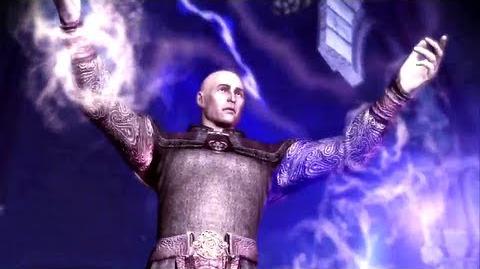 Retrieved from "https://dragonage.fandom.com/wiki/Dragon_Age:_Origins?oldid=814009"
Community content is available under CC-BY-SA unless otherwise noted.