Andraste (supposedly in the form of a high dragon; spiritual leader) (†)
Kolgrim (†)

The Disciples of Andraste are a group of people who came together after the death of Andraste for the purpose of protecting and continuing her legacy.

The Disciples made their home high in the Frostback Mountains, in a village called Haven, which is now a sanctuary for pilgrims of the Chantry. It is understood that the Disciples were descendants of the first followers of Andraste, who brought her ashes to Ferelden and built the temple to house it. Because they had pledged themselves to the keeping of the Temple of Sacred Ashes, the Disciples of Andraste never left the Frostbacks. For nine hundred years, they kept strangers away, killing all who came close, and were completely oblivious to the world that advanced beyond the boundaries of their home.

—Excerpt from Codex entry: The Disciples of Andraste

The original Disciples were some of the first followers of Andraste and her teachings on the Maker. When Archon Hessarian killed and burned the prophet in -170 Ancient in the capital of the Tevinter Imperium[2], far in the north of Thedas, Havard and others from his group gathered her ashes and carried them to the other corner of the Imperium, in the Frostback Mountains to the south. They vowed to forever revere her memory and guard her.

At some point, upon hearing of the death of Andraste at the hands of the Tevinter mage-lords, some Disciples broke into Aeonar, a Tevinter location built somewhere in the north of the Fereldan Valley. The Disciples snuck in whilst the Tevinters were in the Fade, and slaughtered their mortal bodies whilst the mages slept.

However, at some point before 9:30 Dragon, some 1000 years later, some cultists declared themselves prophets and claimed that Andraste has been reborn in the form of a high dragon, and that the ashes are nothing but dust. All those who opposed them were silenced by force. For their attempts to destroy the ashes, they were banished from the temple of Sacred Ashes by the Guardian. Since then, only the Guardian resides in the the Gauntlet chamber with the Urn and is protecting the ashes, as the rest of the disciples are unable to kill him. The other disciples reside in the ruins of the temple's nearby caverns, and upon the mountain side, in their village called Haven.

Unlike some of the other so-called "Cults of the Maker" that began to spread around the same time, the Disciples no longer revere the Maker, as Andraste did, but rather they revere Andraste herself. They created their own version of the Chantry, based on Andraste's chant. However, the Disciples' chantry is more akin to the Imperial Chantry, rather than the Orlais-based southern Chantry, in that their priests are male. They remained secluded through centuries, killing or scaring away any outsiders. Their religion remained largely unchained.

By 9:30 Dragon, a man by the name of Kolgrim has taken over the leadership of the cult. He prophesizes that Andraste cannot ascend as long as her ashes are revered. He devises a plan to taint the ashes of old Andraste with the blood of Andraste reborn―the high dragon he claims to be a reincarnation of Andraste.

In 9:30 Dragon, the cultists' village by the name of Haven is discovered by Brother Genitivi, who was searching for the Urn of Andraste. The Disciples held him captive and interrogated him, hoping to learn enough to send an impostor into the outside world. They also sent an agent to kill and impersonate his assistant Weylon in Denerim to dissuade or misdirect any other searchers, as well as arranged for the capture or ambush of Redcliffe knights sent in search of Genitivi.

The cultists try to defend the temple against the Warden and their party, who are trying to reach the Urn. They have trained Brontos to fight with them, as well as summon Ash Wraiths. Many fall by the Warden's hand.

The cult leader, Kolgrim, will recognise the Warden's strength and will offer them a membership among the Disciples. The Warden may choose to ally with them and follow Kolgrim's task to spill the blood of the high dragon, that Kolgrim believes to be Andraste, onto the ashes.

If the Warden declines:
The Warden may reject the offer and attack the cultists, in which case even more cultists, along with their leader, are killed. Some of the more peaceful cultists survive, but the death toll inflicted on the group is high, as witnessed by the Warden, who can attend a funeral upon returning to Haven later, and as evidenced by a large number of gravestones found.

If the Warden accepts:
The Warden may accept Kolgrim's offer and enter the temple. Upon being tested by the Guardian, and passing, the Warden can taint the ashes, which will earn them the title of champion by the cultists, and being considered as one of them. As a reward, the Disciples will offer the Warden the privilege of drinking ritually prepared dragon blood, in order to become a reaver.

This section contains spoilers for:
Dragon Age: Inquisition.
After the Temple of Sacred Ashes was reclaimed by the Chantry, the surviving members of the cult were forced out of Haven and into the mountains. Only one cultist, Tamar, is known to have survived.[3]

Some of these disciples can be found in The Gauntlet as part of A Test of Faith quest by giving riddles to the Warden. They are, in fact, Ash Wraiths which were summoned by an ancient Tevinter ritual. This ritual involved the immolation of the disciple.

When facing a group of Cultists, it is best to send a character with a fair amount of armor (though not your party's tank) to attack the group's mage. Doing so will distract the mage from attacking the entire party with high damage area of effect spells. 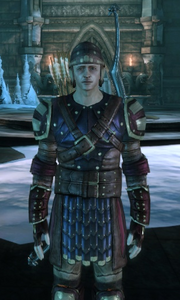 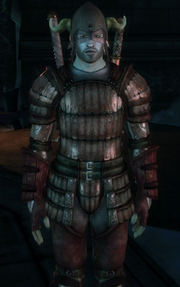 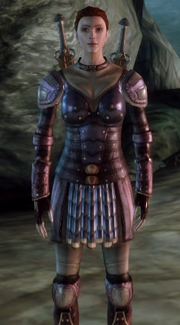 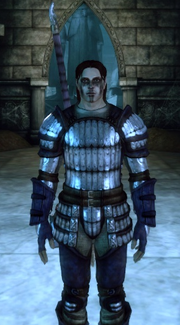 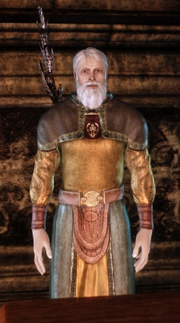 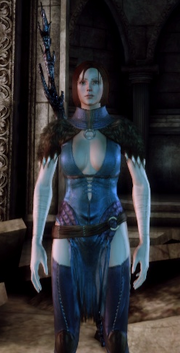 Tier progression of a Cultist Reaver in Heroes of Dragon Age

Tier progression of a Cultist Assassin in Heroes of Dragon Age

Tier progression of a Cultist Overseer in Heroes of Dragon Age

Tier progression of a Cultist Mage in Heroes of Dragon Age