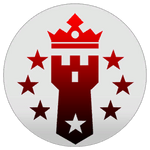 Crowning Glory is an achievement in Dragon Age II, which is obtained by becoming Kirkwall's viscount at the end of Act 3.

This achievement can only be obtained by siding with the templars during the quest The Last Straw, independent of choices and alliances made in the previous quests and acts. This choice is made clear during Act 3 by Seneschal Bran and King Alistair, who both mention that becoming viscount can only be achieved by having the support of the Templars.

Upon defeating Meredith, the templars will bow to Hawke, and the achievement pops up during the credits at the end.

Retrieved from "https://dragonage.fandom.com/wiki/Crowning_Glory?oldid=780712"
Community content is available under CC-BY-SA unless otherwise noted.