The Cradle of Sulevin is an elven ruin located on the edge of the Arbor Wilds.

The ruin is said to be the supposed resting place of the mythical Sulevin Blade, a sword from Dalish legend. Its exact location has long since been forgotten but it is said to be located in ruin deep within the Arbor Wilds.

Located on the edge of the Arbor Wilds, nature long ago reclaimed the Cradle of Sulevin. It is said that an ancient tragedy unfolded here—and that a legendary elven sword lies within.

The Sulevin Blade: a sword with purpose. When our people ruled the Dales, the blade's purpose was to defend our borders. When the Chantry marched against us, its purpose was to protect the innocent from those who would oppress us. More than one great hand wielded it in battle. Yet few know its name. Fewer still will speak of it.

The Exalted March stretched on, and the Chantry's forces were nearing victory. A band of elves could not bear the loss. Desperation drove them to take the Sulevin Blade. A wish for vengeance gave the sword a new purpose.

"If the Chantry thinks us monsters," they thought, "then who are we to argue?"

They spilled innocent blood to power their magic. With it, they would defeat their enemies. Only—the ritual failed. The elves stood in the darkness, blood on their fingers, bodies at their feet. Then they heard the sound of footsteps. The elves' wish for vengeance was granted to those they had slaughtered. Spirits reached beyond the Veil and claimed the elves where they stood.

As for the Sulevin Blade, the sword lies broken in the accursed place where the elves attempted their ritual. Perhaps one day it will be reforged and given a new purpose. But at what cost? The location was lost long ago. Those who seek the sword never return. Some say they are claimed by the same spirits who were angered so long ago. As much as we long for our past, there are some memories better left buried.

The Inquisitor can gain access to Cradle of Sulevin by completing the Rumors of the Sulevin Blade war table scouting operation in Skyhold.

Writing inside the Cradle reveals that after the elves sacrificed four humans and let the spirits take their bodies, one of the elves, recognizing that their actions were wrong, let his comrades fall and used his remaining strength to seal them all inside.

Freed Are Slaves (piece #10) - found behind a locked door in the northwest corner of the lower level of the Starlight Chambers (the room also contains the Spirit Rune Schematic Veilfire glyph).

Spirit Rune Schematic - found in the northwest corner of the lower level of the Starlight Chambers, behind a locked door with the mosaic piece.

Codex entry: The Cradle of Sulevin 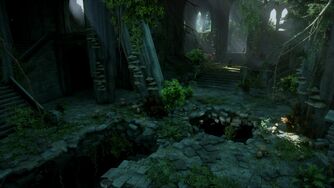 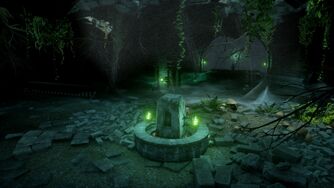 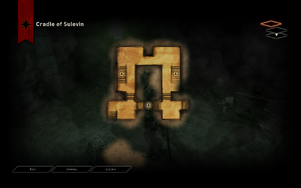 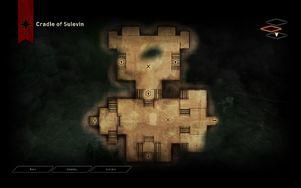 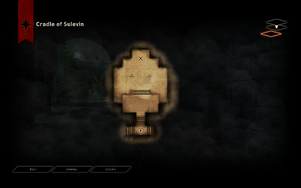