The Coterie is the principal thieves' guild of Kirkwall. Its activities range from extorting money from local merchants to assassination contracts. The Coterie has many associates throughout Kirkwall and the organization is composed of several groups, each with their own directive and leader.

Kirkwall is built on a solid foundation of greed and human suffering, and its underworld is a place where everything is for sale and everyone is fair game.

There are many criminal empires within the city, some of which have been around since the Imperium used Kirkwall as a hub in the slave trade. Alliances, spying, manipulation, betrayal, and open warfare is all commonplace in the never-ending struggle for power.

The Coterie is a thieves' guild that has been around for almost a century, but until recently was never a major player in the underworld. Some twenty years ago, the strongest of the local criminal empires was an ancient guild known as the Sabrathan, but its leader was betrayed from within, and during the turmoil the Coterie made a successful grab for power.

Since then, they've sunk their claws into almost every level of Kirkwall, including the city guard, the Dwarven Merchants Guild, and some of the most influential citizens in the city. It's safe to say that the Coterie gets a slice of every pie, and very little goes on in Kirkwall that escapes their notice.

—From In Pursuit of Knowledge: The Travels of a Chantry Scholar, by Brother Genitivi
—From Codex entry: The Coterie 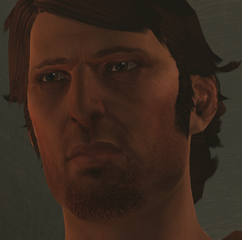 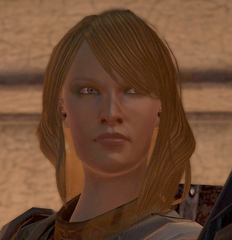 A member of the Coterie 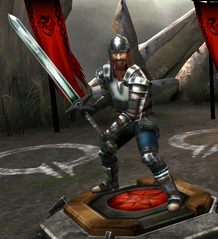 A Coterie thug in Heroes of Dragon Age 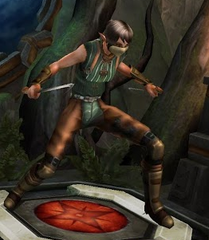 Retrieved from "https://dragonage.fandom.com/wiki/Coterie?oldid=898065"
Community content is available under CC-BY-SA unless otherwise noted.