When unable to distinguish between the living and the dead, some demons end up possessing the bodies of the dead. This leaves them unable to return to the Fade, as corpses lack the lifeforce required for the demon to breach the Veil. Trapped in the physical world with death as its only future, the demon goes insane; the corpse will try to kill any life it encounters with no concern for its welfare.

The spirits gather around that violence like moths around a lantern, pressing for a closer look, until the Veil between this world and the Fade is stretched thin. Where it breaks, the spirits steal in, desperate for a taste of what we mortals take for granted. The weaker ones possess something that cannot fight back, like a corpse...and as the spirits relive the battles they once witnessed, mimicking what they think of as life, we mortals see only a corpse rise and attack.

In most corners of Thedas, funeral rites include burning or dismembering the dead to prevent them from becoming host to demons. But not everyone gets a proper burial. It is not unheard of for the dead to be thrown into mass graves in the aftermath of a battle or execution, almost asking some demon to claim the corpses.

—From Beyond the Veil: Spirits and Demons by Enchanter Mirdromel[2]

Undead Ramparts to the West

Corpses aren't blessed with many special abilities, so their only tactic is casting their single spell (if they have one); then they engage in melee. They can spring nasty ambushes (refer to Notes section), but this is rare. It is best to bottle them up with a chokepoint, using either a tank taunting or a Glyph of Repulsion. Generally, no particular strategy is needed other than wholesale slaughter.

Like skeletons, corpses are immune to nature damage and flanking, and highly resistant to cold damage (but they can still be slowed, frozen, petrified or shattered). However, they are vulnerable to fire, so try to maximise on it. 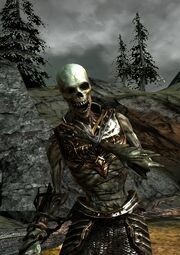 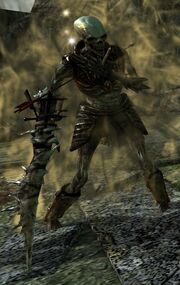 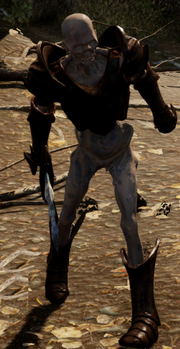 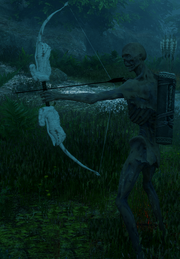