For companions in other games, see Companion.

Companions are the nine people who accompany the Inquisitor. All companions besides Cassandra Pentaghast, Varric Tethras, and Solas are optional. 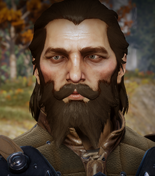 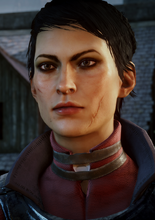 Cassandra Pentaghast: A human warrior, member of the royal Pentaghast family of Nevarra, Seeker of the Chantry and the Right Hand of the Divine. 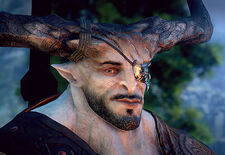 Iron Bull: A qunari warrior, mercenary leader of the Bull's Chargers and agent of the Ben-Hassrath. 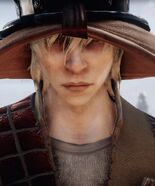 Cole: A spirit rogue and the Ghost of the White Spire. 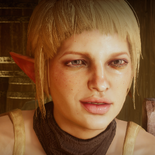 Sera: An elven rogue and member of the Friends of Red Jenny. 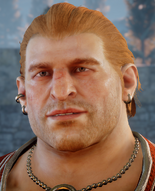 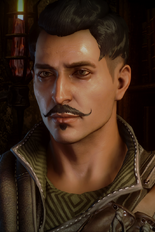 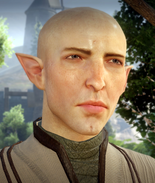 Solas: An elven apostate mage and expert on the Fade. 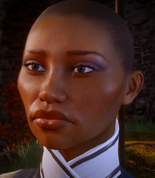 Vivienne: A human mage and enchanter to the Imperial Court of Orlais.

Advisors are the three people who aid the Inquisitor in areas of military strategy, diplomacy, and espionage. 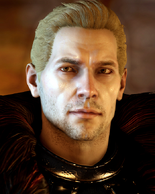 Cullen Rutherford: Commander of the military forces of the Inquisition, former Knight-Captain of the Templar Order who served at Kinloch Hold and the Gallows. 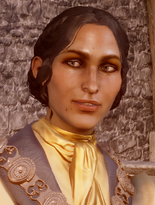 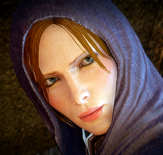 Leliana: Spymaster of the Inquisition, agent of the Chantry, the Left Hand of the Divine and possible former companion of the Hero of Ferelden.

In The Descent DLC: 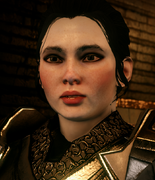 Valta: A Dwarven Warrior and a member of the Shaperate of Orzammar. 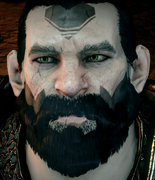 Renn: A Dwarven Warrior and a lieutenant in the Legion of the Dead

The following table summarizes where the Inquisitor first meets each companion.

Note that aside from Cassandra, Solas, and Varric, the companions can be recruited in any order. 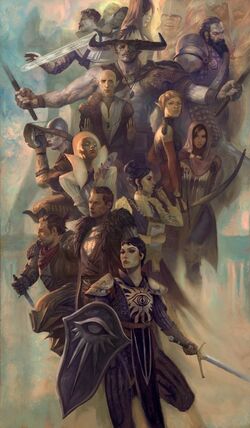 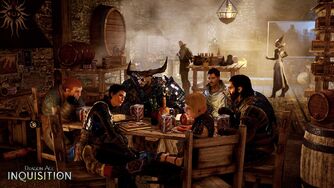