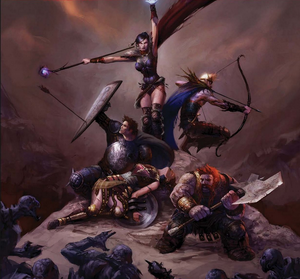 Approval plays an important part in companion interaction. It changes based on plot decisions or gifts. High approval provides combat bonuses, the ability to have longer conversations, and possible romance options; low approval may lead a companion to desert you.

A player-created character is the playable character in A Tale of Orzammar DLC.

Leliana, one of the companions in Origins is the protagonist in the Leliana's Song DLC; there she is joined by three companions of her own.

The Hurlock vanguard is the playable character in The Darkspawn Chronicles DLC.

Morrigan: A human apostate mage, shapeshifter and a Witch of the Wilds.
Dialogue

Zevran Arainai: An elven rogue and assassin of the Antivan Crows.
Dialogue
This section contains spoilers for:
Dragon Age: Origins. 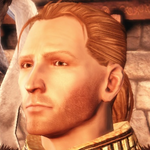 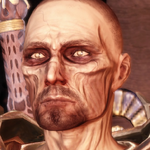 Justice: A Fade Spirit trapped in the body of a dead Grey Warden
Dialogue 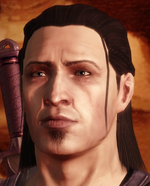 Oghren: A dwarven Berserker and veteran of the Fifth Blight
Dialogue 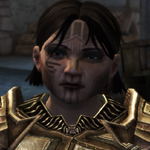 Sigrun: A casteless rogue and member of the Legion of the Dead
Dialogue 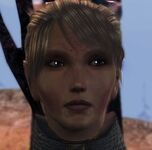 The companions of A Tale of Orzammar DLC. 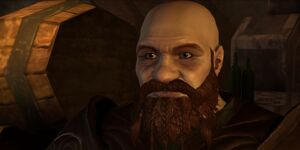 The companions of Leliana's Song DLC. 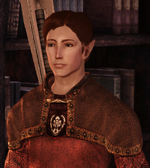 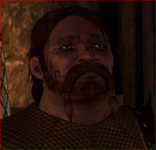 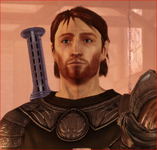 The companions of The Darkspawn Chronicles DLC. 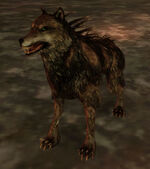 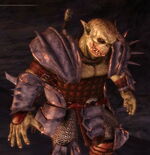 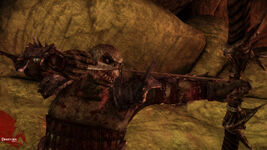 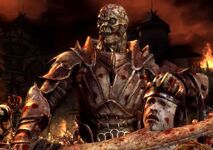 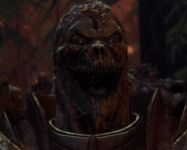 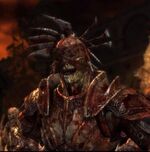 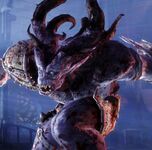 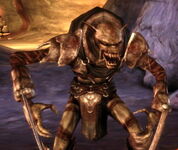 The companions of The Golems of Amgarrak DLC. 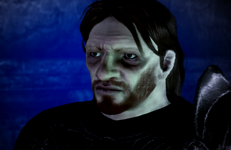 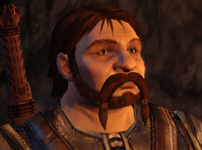 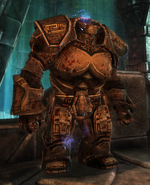 The companions of Witch Hunt DLC. 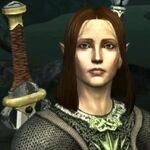 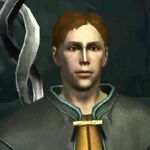 These companions join the party temporarily, most of them during the Origins portion of the game.

Companions will often speak to each other about a variety of topics. There are specific locations where this banter can occur.

There are certain locations in which you can change your current party without going to the Party Camp.