In Dragon Age II, companions are the people who accompany Hawke. 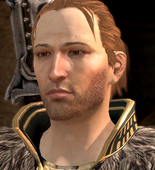 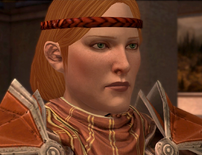 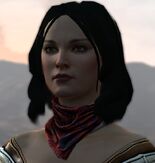 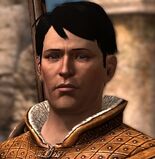 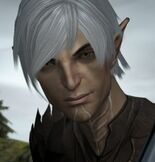 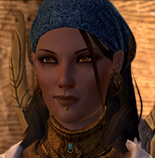 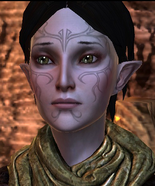 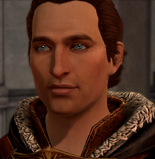 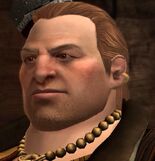 In the Mark of the Assassin DLC: 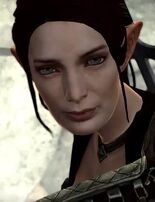 Tallis: A Qunari elven assassin. (Mark of the Assassin - DLC).

Companions will each have a home base within the town of Kirkwall.[1] Once Hawke visits the home base, it will be marked as a hot point on the local map, enabling fast travel to that location. The majority of each companion's personal dialogue will occur at their home base, and during conversations, they will interact directly with the environment.

There will still be situation specific dialogue outside of the bases.

If a companion wishes to speak with Hawke, they may approach the PC directly and ask them over or send a letter to Hawke's home.

"Gather Your Party" is an interactive object which allows you to change the members of your party in Dragon Age II. There will be one in each "home" zone of your companions in Kirkwall as well as in several other locations.

Companion's armor can be upgraded by purchasing or finding the different upgrades found throughout the 3 acts. Most of these offer bonuses like increased stats or extra rune slots.

Companions have both a friendship and rivalry path. This is not the same as approval and disapproval as Hawke does not gain points based on how pleasant or rude they are. Instead, it's based on PC actions, opinions, and how they handle each companion's personal quest.

It is possible to have a romance with a companion on both the friendship and rivalry paths.[2]

It is possible to give gifts to companions to increase their friendship OR rivalry. Most of these can be picked up during quests and some can be bought from stores.

For a list of dialogues, see : Category:Dragon Age II dialogues.

When visiting a location, companions will start discussions with each other about the world and themselves. The discussions are dependent upon choices made during the game and the companions present. In both Legacy and Mark of the Assassin, Hawke will also take part in these conversations.

Note: Banter will not trigger at night in Hightown, Lowtown, and the Docks.

Mark of the Assassin Edit

Retrieved from "https://dragonage.fandom.com/wiki/Companions_(Dragon_Age_II)?oldid=862514"
Community content is available under CC-BY-SA unless otherwise noted.