Circle of Magi
The Templar Order
Seekers of Truth
Inquisition

The Chantry is the dominant religious organization in Thedas. It is based on the Chant of Light, a series of teachings written by Andraste, the prophet of the Maker, and was founded by Kordilius Drakon, the first emperor of Orlais. Its followers are known as Andrastians. "Chantric" is also an acceptable adjective to refer to something or someone that is of the Chantry religion.

The Chantry's goal is to spread the Chant of Light to all four corners of the world, that includes non-humans as well. The view of the Chantry on non-humans is that they need saving—they have turned even further from the Maker's grace than humanity has. Elves were, and in some cases still are, pagan and dwarves venerate The Stone. Once all peoples have accepted the Chant and practice its teachings, supposedly the Maker will return to the world and return it to its previous glorious state.

When Andraste died a martyr, around her legend grew a cult known as “the Chantry,” and with it came the Chant of Light.[1] The clerics of this cult were oppressed[2] until the Chantry was formalized by Kordillus Drakon, the first Emperor of the Orlesian Empire, who established the Andrastian faith as the national religion. Three years later the first Divine, Justinia I, was declared. Drakon's military successes during the Second Blight significantly expanded the borders of Orlais, and soon after the conquered lands converted to the faith. While these lands would later liberate themselves from Orlesian rule following Drakon's death, the religious practice still remained.

With so much influence over the people, the Chantry can also exert considerable political pressure on the ruling classes in many areas of concern. In extraordinary times, and in deference to Andraste, the Divine may also be moved to declare an Exalted March. These religious crusades have mobilized armies of thousands to destroy the heretical enemies of the Maker. The first March after Andraste's death being against the elves of the Dales, next 4 were against Tevinter and the most recent led against the Qunari, that time also Tevinter took part in that march.[3].

With start of Mage-Templar War in 9:40 Dragon the Chantry lost control over the Circles of Magi, Templar Order and the Seekers of the Truth. 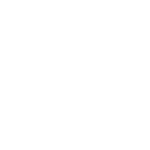 The actual priesthood of the Chantry is made up entirely of women, on the basis that Andraste was a woman. Men can be brothers, serving as academics and initiates, but it is a junior position and non-ordained. Those who have received religious and martial instruction while being raised in the Chantry may become templars. At the head of the Chantry is the Divine, who leads from her seat in the Grand Cathedral of Val Royeaux. Below her are the grand clerics, some of whom administer the chantries of major cities.

The funeral rites of the Chantry involve cremation. As Andraste's body was burned, and her spirit ascended to stand by the Throne of the Maker, so too will that of her followers. It may also be to ward off the possibility of the corpse becoming the subject of demonic possession.

Chapels are located in larger self-contained buildings for the convenience of its inhabits. These mostly include castles, forts and the Circle of Magi. At all chapels a religious character may receive a blessing or participate in a prayer to the Maker. A non-religious character can disagree with the faithful or refuse a blessing.

Retrieved from "https://dragonage.fandom.com/wiki/Chantry?oldid=489347"
Community content is available under CC-BY-SA unless otherwise noted.