watch 03:03
The Loop (Games)
Do you like this video?
“Blood or coin, the Carta always gets its cut.”―Kalah

The Carta is a powerful and ancient[1] dwarven crime syndicate headquartered in Dust Town in Orzammar. Once headed by Beraht, it has since passed through the hands of his lieutenants Jarvia and Karshol.

In recent years the Carta and its dealings have become a threat to even Orzammar itself as the "dusters" boldly walked the streets of Orzammar during the Fifth Blight, enacting an extortion and intimidation racket upon merchants in the Commons. Carta dwarves specialize in smuggling lyrium, weapons, and slaves, and they command a formidable racket in Dust Town, patronizing prostitutes, beggars, and businesses.

In the years following the end of the Blight the Carta expanded its influence into the human city of Kirkwall. Although they do not operate as openly as in Orzammar they are still one of the most powerful criminal organizations in the city.

The Carta are once again encountered during the succession crisis in Orzammar after acquiring Entering Jarvia's Hideout quest. The Warden is asked by either Prince Bhelen or Lord Harrowmont to infiltrate the Carta's hidden base in Dust Town and wipe them out because little action can be taken on the Warden's treaty quest until the Carta situation that is crippling the city is dealt with. Jarvia is killed by the Warden at the end of the quest and the Carta is seemingly broken.

During Sigrun's personal quest Sigrun's Roguish Past it is revealed that the Carta had stolen a gold statuette of House Bemot depicting their Paragon. Beraht seeking to hide the stolen item forced Sigrun to hide the statuette in Mischa's shop where she worked and threatened to have Mischa killed if Sigrun refused to do his bidding. Sigrun acquiesced but the statuette was eventually discovered causing Mischa's exile to the surface. After losing her job, Sigrun started working for the Carta as a thief but was eventually caught and joined the Legion of the Dead.

After the crippling crackdown by the Warden, the Carta's power was greatly diminished and turned its attention "topside" to regain some of its prestige through intermediaries in the surface dwarves. Now under the command of Beraht's left-hand, Karshol, the Carta can be confronted several times in the Docks of Kirkwall.

If a save from Dragon Age: Origins is imported where Bhelen was crowned King of Orzammar, then Hawke is involved in the quest Last of His Line, where the last descendant of House Harrowmont, a house traditionally opposed to extending any rights to the casteless, is trying to escape assassination by the Carta, the assassination having been ordered by King Bhelen.

One branch of the Carta are also for unknown reasons, seeking to bring "the blood of the Hawke" to release an ancient evil in a Grey Warden prison in the Vimmark Mountains. Hawke checks with Varric Tethras, who states that his contacts in the Carta say that this particular group are acting strangely.

As Hawke later investigates, a rogue Grey Warden named Janeka had introduced the darkspawn taint to the Carta, enabling them to fall under Corypheus' Calling, thus making them determined to free him. Hawke manages to kill the Carta leader, Rhatigan, and recovers the Hawke's Key from his body.

The dwarven Inquisitor of the surfacer Cadash family is a member of the Carta. They were sent to sell lyrium and spy on the Chantry conclave at Haven, as it's outcome would have massive ramifications on the demand for lyrium. After the Carta learns that Cadash survived the Breach, they will believe that Cadash ran off with the lyrium and now hides behind the Inquisition for protection. During the war table operation The Carta Gets Its Cut the dwarven Inquisitor can remove this threat to their life.

The Inquisitor later raids Valammar, a thaig beneath the Hinterlands which was lost to the darkspawn and currently occupied by the Carta and used for mining and trafficking of red lyrium.

A former Carta member, Luka, also becomes an agent of the Inquisition.

Codex entry: Hands of the Carta

Codex entry: An Unsigned Letter in the Hinterlands 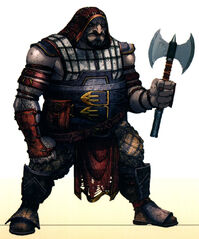 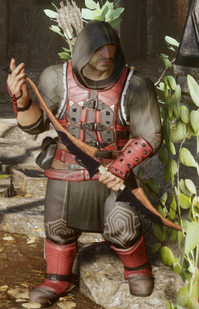 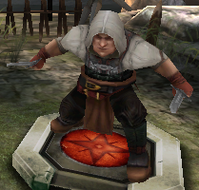 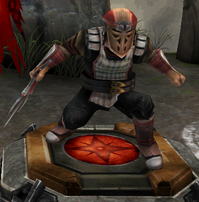 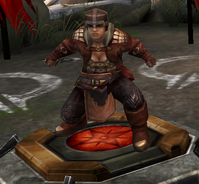 Carta Grunt in Dragon Age: Inquisition
Add a photo to this gallery

Retrieved from "https://dragonage.fandom.com/wiki/Carta?oldid=864010"
Community content is available under CC-BY-SA unless otherwise noted.