Caer Bronach is an old Ferelden military outpost in Crestwood.

King Brandel erected Caer Bronach in 8:26 Blessed, intending the fort as a stopover garrison for Ferelden soldiers fighting Orlesian invaders. When the fort's defeat seemed inevitable, Ser Crestwood opened the gates, holding a flag of truce, and challenged every chevalier in the Imperial army to a duel.[1]

Amused, one Orlesian officer accepted the offer; Ser Crestwood swiftly cut him down. Eight more followed, honor and the watching soldiers forcing them to fight Ser Crestwood one on one. The tenth challenger finally managed a fatal blow, only because Ser Crestwood had slowed due to blood loss from previous injuries. Impressed by Ser Crestwood's tenacity and endurance, the remaining officers left the small village around the fort untouched as the Orlesians made for the capital, sparing hundreds of innocent lives.[2]

Caer Bronach has since become the base of operations for a group of bandits named the Highwaymen, whom prey on traders traveling between Orlais and Ferelden.

The Inquisitor can capture Caer Bronach for the Inquisition during the side quest Capturing Caer Bronach. Capturing the Keep is vital to completing the quest Still Waters, as this is the only way to reach the dam controls which are required to drain the lake.

Charter receives orders to acquire Marius and Tessa Forsythia for the Inquisition, the keep is later used as a rendezvous point following their raid on the Hissing Wastes.

Escape Routes for Agents in Crestwood

Diverting Soldiers in the Frostbacks

Vintage: Warden Daedalam - search inside the destroyed house northwest of the keep.

Freed Are Slaves (piece #4) - head through the door just to the right of the requisition table (the room can only be accessed after the keep has been captured).

Silkdart - available for purchase from the Caer Bronach Merchant for 472

Thunderstrike - randomly available at the Caer Bronach Merchant for 8572 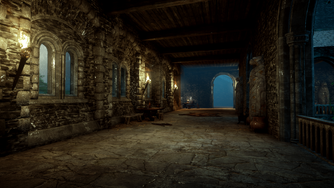 Interior of the Keep 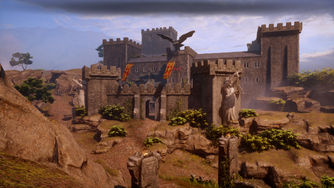 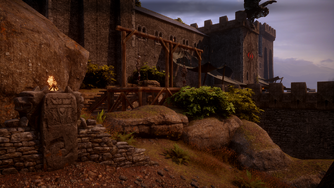 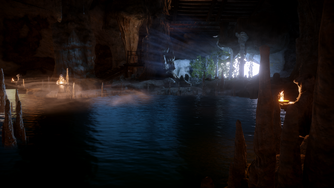 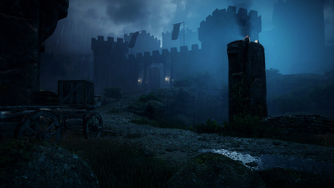