Cadash Thaig is a dwarven thaig lost to the darkspawn. It was once the home of House Cadash of the Warrior caste.

Cadash was built upon an ancient settlement called Cad'halash. That settlement was destroyed by Kal-Sharok dwarves when they discovered that it gave shelter to elves fleeing the destruction of Arlathan, as they wanted to cover all evidence of it so as not to jeopardize their alliance with the Tevinter Imperium.[1]

The thaig was rebuilt and repopulated, and named Cadash. The Shaperate also conducted a significant excavation and research on discovering more about the lost Cad'halash settlement which created controversy on whether it should be added into the Memories or remain forgotten.[1][2] At some point a huge stone statue was also erected on the highest hill to honor those who had sacrificed their lives to become golems.

After the conclusion of A Paragon of Her Kind, speak with Shale. If Shale was present at the Anvil of the Void and spoke with Caridin, it will remember Cadash Thaig and mark it on the map. If Shale was not present, it will recall Cadash Thaig the next time it is in the Deep Roads, either at Ortan Thaig, Caridin's Cross or Aeducan Thaig. This will start A Golem's Memories quest.

Cadash Thaig is overrun with darkspawn and deepstalkers. Finding the monument commemorating the dwarves who became golems restores more of its memories and significantly increases its approval.

In 9:32 Dragon, one year after the end of the Fifth Blight, the Warden-Commander of Ferelden is in pursuit of Morrigan and searches Cadash Thaig in search of Morrigan with Ariane and Finn. At this point, the party is in search of the Lights of Arlathan, which are needed to locate the witch. The thaig is once again overrun by darkspawn and the Lights are protected by ancient elven guardians.

Cinch of Skillful Maneuvering, dropped by the Hurlock berserker

Codex entry: Shale provides an update below the large stone statue during The Stone Prisoner

Codex entry: Letters from the Past in four different locations in the thaig during Witch Hunt 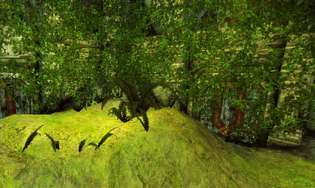 The flora of the thaig 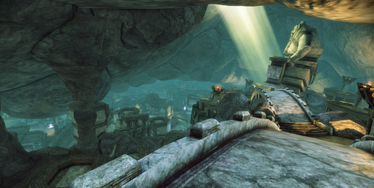 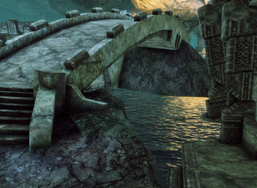