Avexis is a mage of the White Spire Circle of Magi in Orlais. She is ten years old in 9:22 Dragon, during the events of Dragon Age: Dawn of the Seeker.[1]

Avexis is kidnapped by a group of blood mages led by Frenic. They force-feed the captive Avexis fresh drake's blood. After Seekers rescue Avexis from the blood ceremony, High Seeker Aldren decides to detain Avexis pending further investigation. Questioning the High Seeker's motivation, and suspecting a conspiracy involving members of the Chantry, Byron decides to take Avexis from her holding cell in secret at night. Byron and Avexis escape through the nearby woods with Cassandra following close behind.

Cassandra eventually learns that Avexis is a Circle mage with a gift that allows her to control small creatures. Frenic and his group had kidnapped her from the White Spire. Their blood ceremony was intended to fully awaken her ability, enabling Avexis to influence multiple dragons, even while enthralled under a blood mage's mind control. Frenic succeeds in initiating the dragon flight attack on the Ten Year Gathering until Cassandra, Galyan, and Alte intervene, breaking Frenic's control over Avexis. Now free, Avexis uses her fully awakened ability to direct a dragon against Frenic, allowing Cassandra to deliver the killing blow.

Avexis later holds Cassandra's and Galyan's hands as they are honored by the Divine.
This section contains spoilers for:
Dragon Age: Inquisition.
In 9:41, Avexis appears in Haven, having been made Tranquil at some point in the intervening years. She can be overheard speaking to Mother Giselle. When asked about her tranquility, Avexis tells her that she no longer talks to dragons.[2] When discussing with Giselle if she'd like to have her Tranquility reversed, Avexis serenely states that she does not think it will be wise as the number of demons would leave her vulnerable to possession and she might experience feelings of discomfort over events that have occurred while she was in the Tranquil state. Avexis states that she can survive in this fashion but might not if she was made whole again. 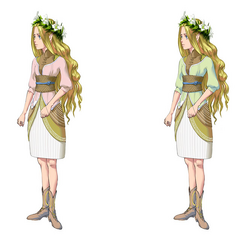 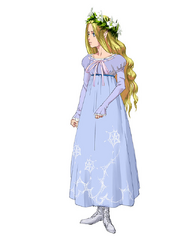 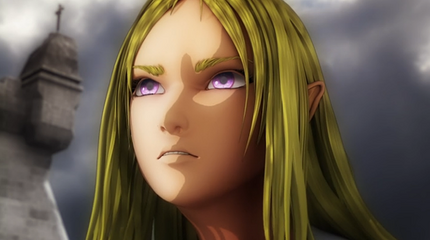 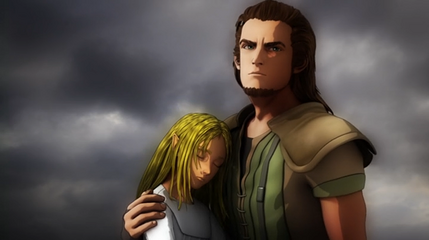 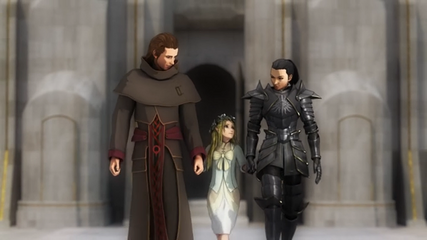 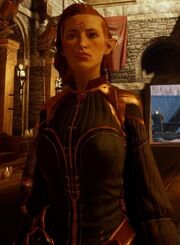 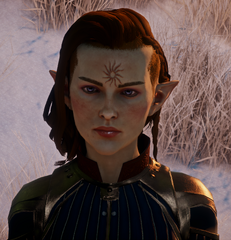 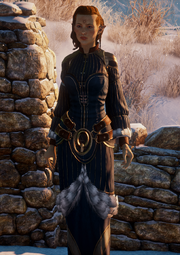 Retrieved from "https://dragonage.fandom.com/wiki/Avexis?oldid=889124"
Community content is available under CC-BY-SA unless otherwise noted.