An ash wraith, sometimes referred as dust wraith, is a powerful version of a shade.

Shades are spirits that have entered the physical world but do not possess a physical body. The spirit has formed a quasi-material body for itself out of ashes (usually the ashes of burnt corpses but not necessarily). This allows it to interact with and affect the physical world, but the ash wraith is not dependent on the ashes to survive. If wounded, it can disperse at will and reform later. Such wraiths occasionally use other materials to form their physical bodies such as bones, mold, and even blood.

Watch out for rear or flank attacks, as these creatures can materialize behind or on your side. High spirit resistance will reduce the damage taken from the wraith's main attacks. 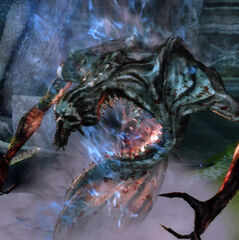 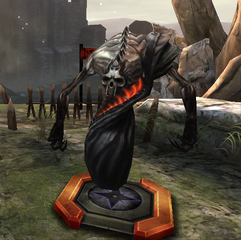 An Ash Wraith in Heroes of Dragon Age 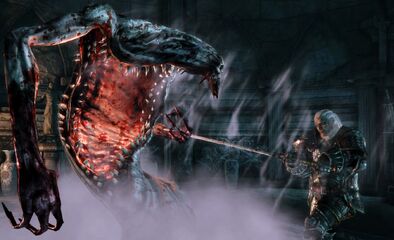