watch 02:45
Wiki Targeted (Games)
Do you like this video?
Play Sound
“My role is to hold the leash and hunt the gray ones who leave the Qun. Or bas who have not yet been enlightened.”―Arvaarad[1]

Arvaarad is a Qunari rank that means "holds back Evil" in Qunlat, in the way of holding the leashes of the Saarebas.

The Qunari that binds and controls the Saarebas is the Arvaarad; an individual that, according to the Qun, holds back the evil. Since one of the greatest values for a Qunari is mastery of the self, there is little trust for those who are most likely to be deceived from knowing who they are. Thus mages, who are susceptible to the whisperings and temptations of demons, are regulated by their Arvaarad.

The role of the Arvaarad is strictly to hunt Tal-Vashoth or bas who have not yet been enlightened, and also to hold the leash of the Saarebas in their care. The latter task, however, takes precedent over any other that may come to an Arvaarad. An Arvaarad is the Qunari equivalent of a templar; one who takes care of (or imprisons, depending on where in Thedas the organisation is) mages.[1]

If a Saarebas has been outside their Karataam, a group of several mages held together on the same leash, then they are considered at risk for certain corruption, if not already corrupted.[2] When this occurs the mage, and all who have come in contact with it, are to be killed.[1]

This section contains spoilers for:
Dragon Age II.
One such Arvaarad appears during the quest Shepherding Wolves. Ketojan is ultimately led to his Arvaarad, who leashes him. Hawke is given the choice of obeying Ketojan's wishes to return to with Arvaarad, in which case he will honour Hawke before being executed by Arvaarad. Arvaarad will then claim that Hawke must also be killed, due to them being exposed to Saarebas. A fight will then ensue in which Arvaarad must be killed. Alternatively, Hawke can refuse to hand Ketojan over, and must kill Arvaarad anyway. If Hawke is a mage as well, and reveals this to Avaarad, Avaarad will become hostile, label Hawke as "Bas-Saarebas" and attack. 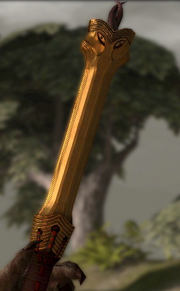 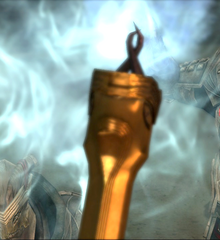 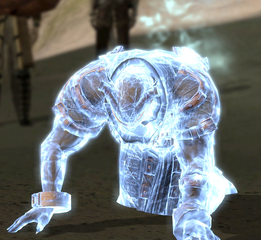 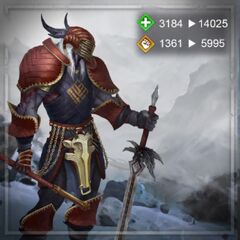 Promotional Artwork of an Arvaarad in Heroes of Dragon Age

Retrieved from "https://dragonage.fandom.com/wiki/Arvaarad?oldid=891527"
Community content is available under CC-BY-SA unless otherwise noted.