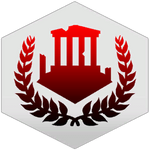 Archaeologist is an achievement in Dragon Age II, which is obtained by finding at least 3 of these notes from the Band of Three in each act. Each note will give you an entry in the Codex entry: The Enigma of Kirkwall. On the PC, holding down the tab key is immensely helpful for finding the more elusive fragments.

Note: The second entry during Act 1 in Viscount's Keep is currently bugged on all platforms (fixed on the PC and Xbox 360 as of v1.03, need confirmation on other platforms).

The locations of the entries are listed in the order in which they appear in the codex entry in game (not a chronological order in which you should discover them).

These are all found during quests.

Note: The official strategy guide incorrectly states that two of the entries, rather than one, can be found during the Justice quest.

Retrieved from "https://dragonage.fandom.com/wiki/Archaeologist?oldid=786669"
Community content is available under CC-BY-SA unless otherwise noted.