Adamant Fortress is an Orlesian fortress in the Western Approach constructed by dwarves of old. It stands on the very edge of the Abyssal Rift—a deep chasm that is believed to run as far down as the Deep Roads.

The fortress appears to be small, but is sturdy, with tall walls made of dark jetstone and metal ramparts. In fact it is built into the side of the chasm with vast halls down below. Once, it belonged to the Grey Wardens who beat back the darkspawn that rose from the chasm during the Second Blight, a symbol of their impossible achievement. Then, it housed more than a thousand men and griffons—with weyrs opened onto the chasm.

Grey Warden Banner - found in a chest at the second siege point, where Hawke is encountered.

Shield of the Anointed - looted next to a corpse during the optional objective "Battlements and Siege Points"; see main quest Here Lies the Abyss.

Inscription Upon a Trebuchet Stone 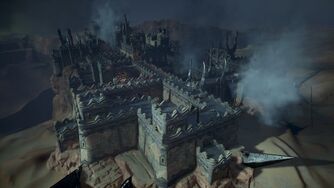 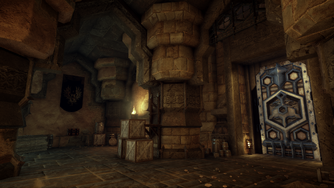 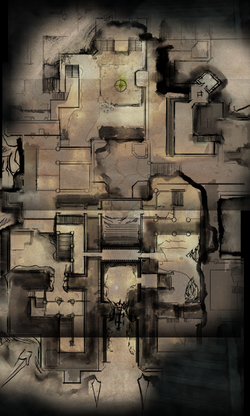 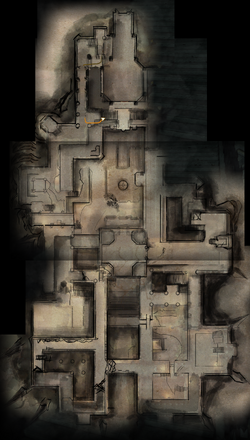 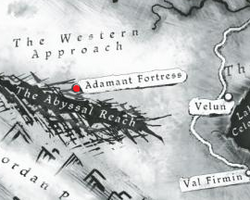 Map showing the location of the Adamant fortress