watch 02:39
The Loop (Games)
Do you like this video?
“'Our' people? The ones we see in the forest, shadows wearing vallaslin? You are not my people.”―Abelas to the Inquisitor (if an elf)

Abelas is a sentinel elf.

This section contains spoilers for:
Dragon Age: Inquisition.
Abelas is the leader of a group of ancient elven sentinels assigned to protect the Temple of Mythal. He and his compatriots enter uthenera, only awakening to defend the temple from invaders. His name means "sorrow" in the Elven language.

If the Inquisitor completes the temple rituals, Abelas confronts the Inquisitor and their party. He assumes they are after the Vir'abelasan, the Well of Sorrows and refuses to grant access to it. When the Inquisitor explains that Corypheus is of the Tevinter Imperium, the nation that destroyed Arlathan, Abelas corrects that before the temple doors were closed, the Elvhenan fell due to internal strife, not the Imperium, who merely took what remained.

If the Inquisitor completed the ritual, Abelas is open to an alliance, otherwise the sentinels will attack. Either way, Abelas runs off to destroy the Well before it can be desecrated. Morrigan shapeshifts into a bird and follows him.

Just after the Inquisitor has dealt with Samson or Calpernia, Abelas is about to reach the Well, only for Morrigan to get there first and block his path. Abelas reveals that the Well contains the knowledge of all previous servants of Mythal and he fears it will be lost if an outsider touches the Well. If an alliance was established earlier, Abelas can be convinced to relent and allow the party access to the Well. However, he warns that partaking from the Well will bind the drinker to the will of Mythal forever. He contradicts Morrigan's claim that Mythal was banished to the Beyond by Fen'Harel, stating that she was murdered by those who destroyed her temple, but the Dread Wolf was not responsible. Afterwards, he departs.

If the Inquisitor didn't ally with Abelas, he will attempt to destroy the Well, forcing Morrigan to kill him. 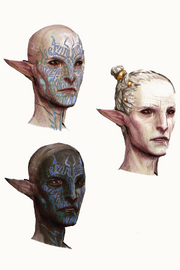 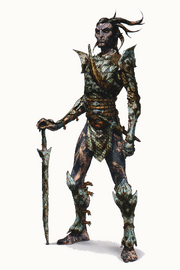 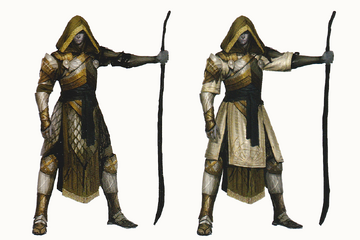 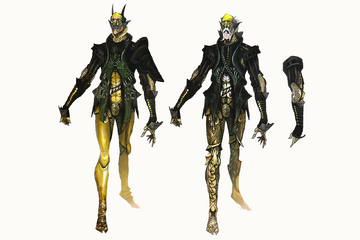 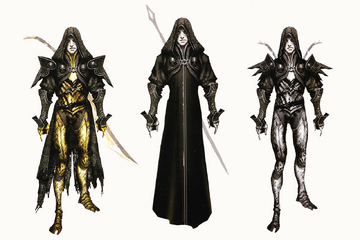 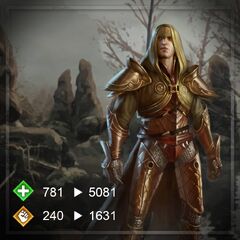 Promotional artwork of Abelas in Heroes of Dragon Age 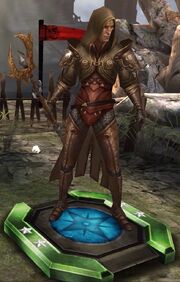 Retrieved from "https://dragonage.fandom.com/wiki/Abelas?oldid=888494"
Community content is available under CC-BY-SA unless otherwise noted.