The player 'reward' amulet appears as an item in DAO and DAA.

A reply to The Forgotten Grey Warden
2

Warden's Keep (which is misidentified in the poll as 'Soldier's Peak') slightly edges out The Stone Prisoner and Return to Ostagar for me. It's a good little dungeon crawl with some interesting lore.

RTO has some really awful writing and out of character interactions between companions, and is best played with a party of just Warden/Alistair/Dog, for extra poignancy and a bit of a challenge.

The Stone Prisoner is great because it adds Shale (easily one of the best written and most interesting companions in the trilogy) but the dungeon crawl bookends are too short.

Both Witch Hunt and GoA have their merits - the former has a pair of interesting companion characters, the latter is the only really challenging content for DAO in terms of both combat and puzzles - but are otherwise lackluster.

And I didn't even consider Awakening in my ranking because an expansion is a whole 'nother thing and there's no way to judge it against 'regular' DLC.

A reply to The Forgotten Grey Warden
2

Legacy, for sure. It's the only reason I can think of to even play DA2.

The Sebastian DLC should really have been part of the base game, as it's very light on content. He's a fine companion, though I know he's generally unpopular with the 'fandom'.

And I loathe Mark of the Assassin with a white hot hate-y hate, despite it having some pretty good puzzles (for a Bioware game).

A reply to The Forgotten Grey Warden
4

All three are superb (and better than the base game), with Trespasser being the best of the three, IMO.

And double check that the option to upload character data is enabled in the game options under 'Online': 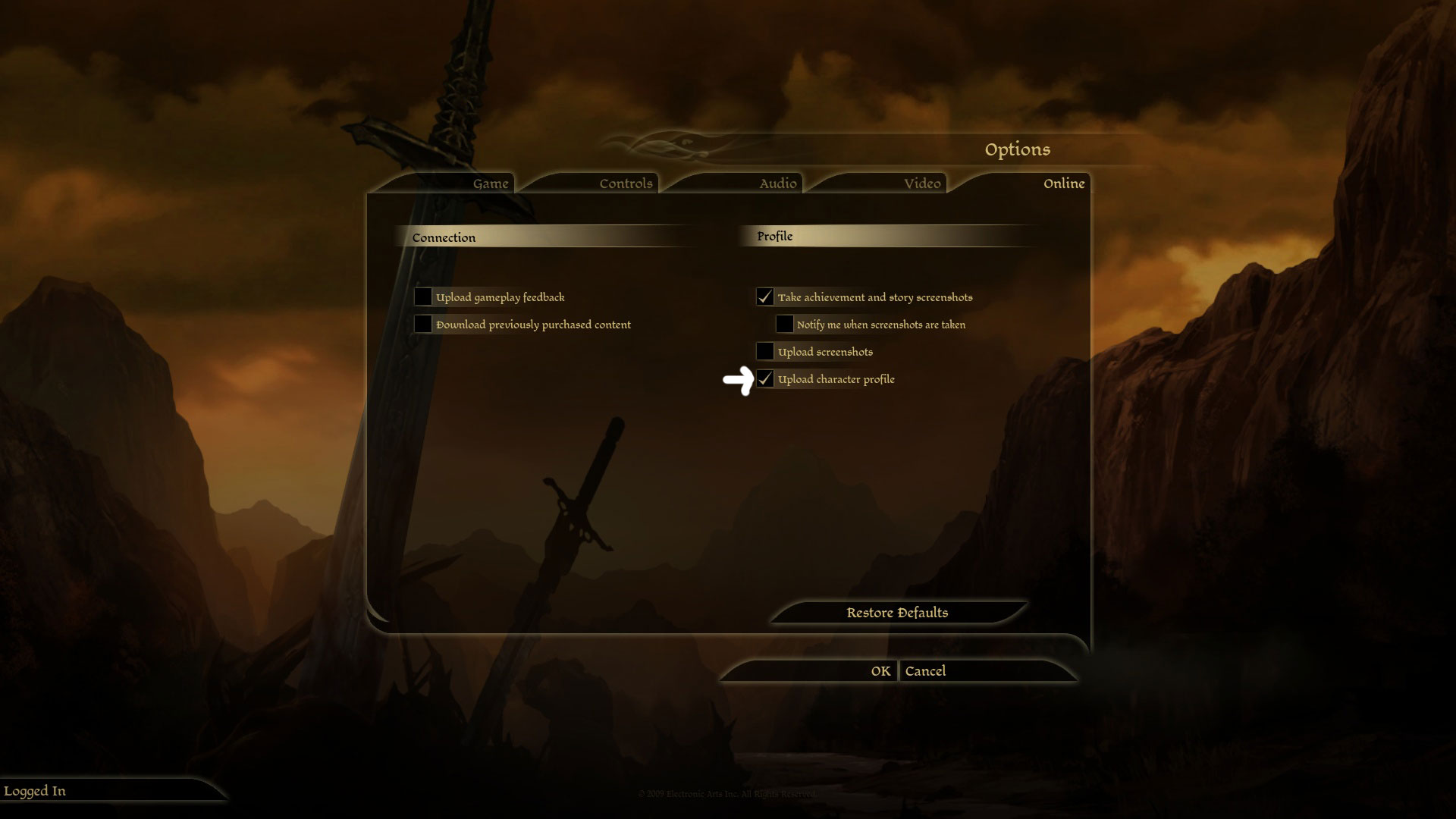 You don't mention what platform you are trying to upload to Keep from, but this is some advice for PC: https://answers.ea.com/t5/Dragon-Age-Inquisition/Dragon-Age-Keep-Tutorials-amp-How-To/m-p/6167787#M71704

Also, the old trick of removing an equipped item from the Warden, re-equipping, and then hard saving to a new slot still works like a charm.

No competition for the bottom of that barrel: Shapeshifter.

Another very peculiar assortment of romance options... there must be something in the air. Or a full moon.

A reply to Jardinu Cousland
2

They certainly are different.

A reply to Alistair Rosema
3

When I'm playing a cRPG, my old lady brain can't be bothered to figure what choices a man would make... it's enough of a challenge to decide what someone considerably younger than I am would do. (When given a gender choice, I've only ever rolled a male character once: a jerktastic Hawke who did whatever was the most terrible option in any given situation.)

A reply to Alistair Rosema
0

Nightmare, with a mod that further increases difficulty by lowering armour material values and buffs monster HP and another that enhances enemy AI. (I assume the poll is re Origins, from the link below the choices.)

A reply to Alistair Rosema
2

I used an online random number generator for part of one playthough, to make decisions/dialogue choices during the Landsmeet arc. (I hate the Landsmeet. And Denerim as a whole. A lot.)

The character I was playing was fairly chaotic, so having some erratic, bizarre decisions wasn't OOC for her. Lucky for me, nothing bad came of it... everyone who needed to got a happy ending.

How did you 'remove' the Gilmore companion mod? I.e. with a mod manager (if so, which one?), manually, etc?

You may have files from the mod that were left behind, depending on the uninstall method used.

A reply to Tyler Rosema
3

Alistair. He's a very well written character and his romance arc can be either very sweet and fun, or angst-filled and tragic, depending on player choices, and it can also have a real impact on the story. (Leliana's romance dialogue gives me the creeps, and I never liked Zevran enough to go near his romance. And I don't play male characters, so I have no idea what goes on with Morrigan.)

I like his Warden cameo. The King Alistair one is okay. Never had a drunk!Alistair, so I've never seen that one. And the default DA2 Mr Potato Face morph for him is an appalling and shoddy bit of work. *grumble grumble grumble*

A joke? Not at all and I'm not sure why you'd imagine it was.

A link to a mention of the datamine.

Another link, on this very wiki > Talk: Temple of Mythal.

A reply to Engraved Rogue
1

FWIW, the game asset for the water-woman was datamined long ago as 'npc_t_Flemeth_nude_wet'.

A reply to Kalen Boies
2

Apparently Anders was slated to appear at one point in DAI's development as a hermit living in a cave... so that's how I like to think he ended up.

A reply to Warden Nuggins
2